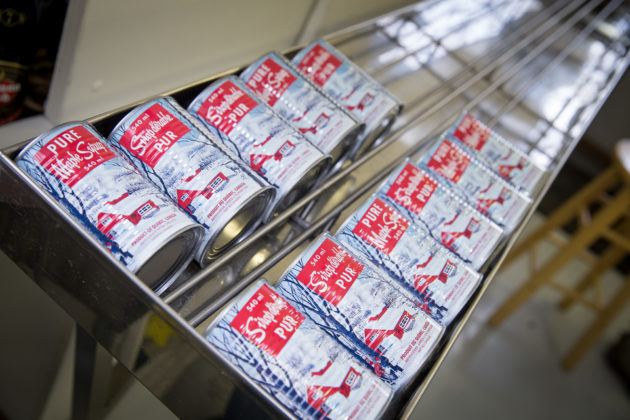 Quebec’s 2016 maple syrup production was 148.2 million pounds, a 23-per-cent jump from the previous record of 120 million pounds set in 2013, according to a press release from the Federation of Quebec Maple Syrup Producers that described the production increase as “outstanding.”

With 42.7 million taps in operation, the province’s 7,300 maple syrup producers achieved a historic productivity level of 3.47 pounds per tap — a great improvement over the previous best of 2.82 pounds per tap in 2013. 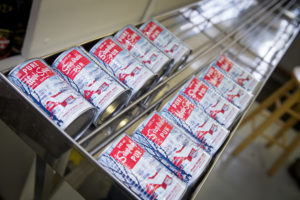 “We’ve never seen a harvest of this magnitude,” says Serge Beaulieu, president of the Federation of Quebec Maple Syrup Producers. “Our trees yielded huge amounts of maple water. At times the flow was so strong it was hard to keep up with the boiling. This year’s harvest is a great windfall for our producers, to the tune of $400 million. We have to keep in mind that in the maple syrup industry our income is wholly dependent on harvest volumes. And it all plays out in just a few days of the year.”

This year’s spring weather was ideal for maple syrup production, according to the Federation of Quebec Maple Syrup Producers, with frequent periods of freezing and thaws. In more southern regions like the Montérégie, the first serious sap runs began in the third week of February. The last runs of the season came in early May in the Bas-Saint-Laurent and Gaspésie regions. This means the 2016 maple syrup season was eight weeks long. The combination of early warm weather and persistent cool periods is the main factor behind the phenomenal harvest. The highest yields of all were in the Centre-du-Québec region: 3.82 pounds per tap.

According to the Federation, more than 80 per cent of Quebec maple syrup is exported, to over 53 countries.

What does 148 million pounds of maple syrup mean? It means: