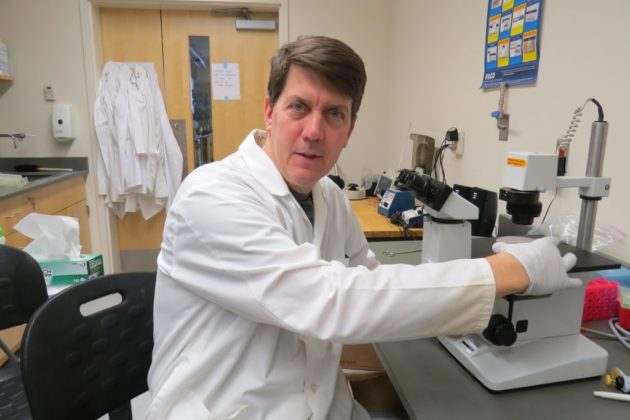 St. Catharines, Ont. – Researchers at Brock University have teamed up with a local firm to add potential cancer-fighting health benefits to their sweet ice syrup.

Biologist Jeff Stuart is working to extract antioxidants from the grape skins left behind after ice wine and ice syrup are made in order to put them back into to the ice syrup as an additive. 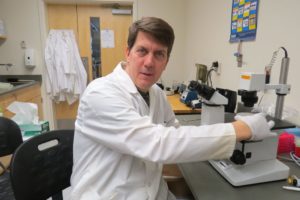 “Ice syrup is a sweet and very fruity syrup that is produced from ice wine grapes, but without fermentation. It’s non-alcoholic and sold as a high end food flavour enhancer,” says Stuart of the product made by Sweet and Sticky, the syrup’s Niagara Falls manufacturer that received a Premier’s Award for Agri-Food Innovation Excellence for its innovation.

Consumers are increasingly coming to appreciate the benefits of antioxidants like resveratrol and other polyphenols, which are abundant in the waste grape skin pomace that is left behind after ice syrup production, because of their association with a wide variety of health benefits, including cancer-fighting properties, Stuart adds.

The challenge to date for Sweet and Sticky has been that those molecules are not particularly soluble in water. In wine production, the grapes are fermented and resveratrol and other beneficial polyphenols are more readily solubilized in the forming alcohol.  Therefore, they are present at higher levels in wines.

The levels of resveratrol and related polyphenols in grapes naturally increase over the course of the fall and winter, making ice wine grapes particularly high in these molecules since that crop isn’t harvested until the winter months.

“There are lots of these molecules in the ice syrup grapes but only relatively small amounts make their way into the ice syrup because it is water-based,” Stuart says.

Stuart has helped design an industrially scalable process to enhance the levels of these beneficial molecules in ice syrup by extracting them from the waste pomace left over after the syrup has been produced and then adding them back into the syrup to create an anti-oxidant enhanced product.

“Our challenge was to find a way to do that. Our solution is to extract into a water soluble carrier molecule that loads up the ‘good’ molecules from grape pomace and thus dissolve them in water,” Stuart explains, adding the process can increase the antioxidant levels in a water-based product like ice syrup more than 1,000 fold.

Stuart’s work is only at lab scale currently, which he hopes will wrap up by the end of summer in order to be ready to start commercial-scale production and testing.

He hopes to secure funding to get a more complete profile of the polyphenols in the pomace, as well as complete some taste and flavour profiling on the carrier molecule they’ve chosen – one that is already widely used in the food industry.

Stuart’s work to date has received support from the Natural Sciences and Engineering Research Council and the Ontario Centres of Excellence.