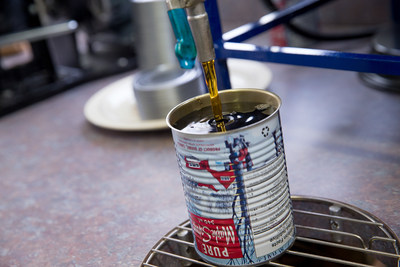 Despite a late spring and cold temperatures,  Quebec’s 7,400 maple syrup businesses harvested more than 159 million pounds of maple syrup this year. That’s an average of 3.43 pounds per tap. According to the Quebec Maple Syrup Producers, that’s reason to celebrate.

A much better season than last year
In 2018 the season was subpar overall, with yields that varied tremendously from one maple syrup region to the next. Against all odds, Quebec’s producers overcame a late start to produce 41 million pounds more maple syrup than last year.

Quebec: Global leader in the production of maple syrup
Quebec produces 72 per cent of the world’s maple syrup. As a result of the marketing, innovation, and promotion strategies executed by the Quebec Maple Syrup Producers, some 60 countries now import and enjoy quality maple syrup from Quebec. Production is increasing and sales are booming, so much so that the Québec Maple Syrup Producers is targeting 185 million pounds in sales within five years. 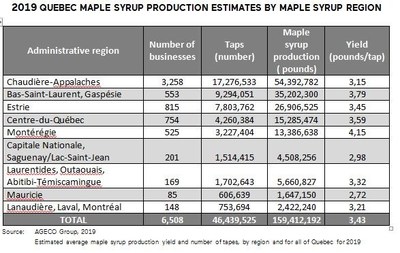 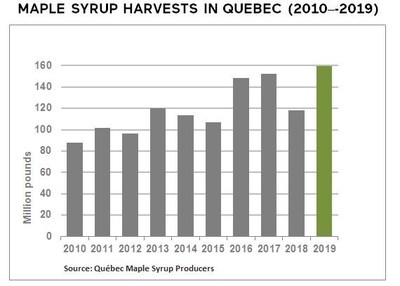