The Ontario Craft Cider Association will receive up to $220,000 under the Growing Forward 2 initiative 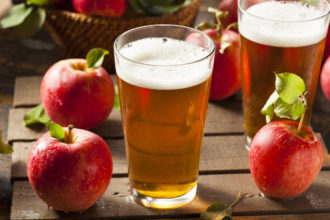 The Ontario Craft Cider Association will receive up to $220,000 under the Growing Forward 2 initiative to: implement a study to assess 29 European apple varieties and their juice quality for local craft cider production; evaluate how cider cultivars perform in five distinct growing regions in the province; and create a benchmark for growers when establishing new orchards in these regions.

“This research project will provide cider makers with information and experience they need to produce high-quality local cider. The Ontario Craft Cider Association welcomes the federal and provincial governments’ support to implement a study that will build on our vision to develop and maintain a competitive and growing sector,” says Thomas Wilson, Chair, Ontario Craft Cider Association.

This funding is part of nearly $400,000 in federal and provincial government support for Ontario cideries through Growing Forward 2 – a federal-provincial-territorial funding program that encourages innovation, competitiveness, market development, adaptability and industry sustainability in Canada’s agri-food and agri-products sector.

According to a government press release, supporting cider producers is part of the government’s economic plan to build Ontario up and deliver on its number-one priority to grow the economy and create jobs. “Canada has a growing craft cider industry and Ontario is recognized as being a key player. This investment will support increased competitiveness in the craft cider sector in the province, which in turn benefits the Canadian economy,” says Lawrence MacAulay, Canada’s Minister of Agriculture and Agri-Food.

“This Cider Week, I encourage people in Ontario to sample one of over 50 craft ciders produced by Ontario’s exceptional cideries. Our government is supporting this growing sector through these investments to ensure it continues to expand, increasing market access and ability to meet consumer needs, and creating new jobs,” says Jeff Leal, Ontario’s Minister of Agriculture, Food and Rural Affairs.