Mintel research reveals that 73 per cent of Canadian consumers like to experience other cultures through food, while nearly three in five are more open to trying ethnic foods now than they were a few years ago 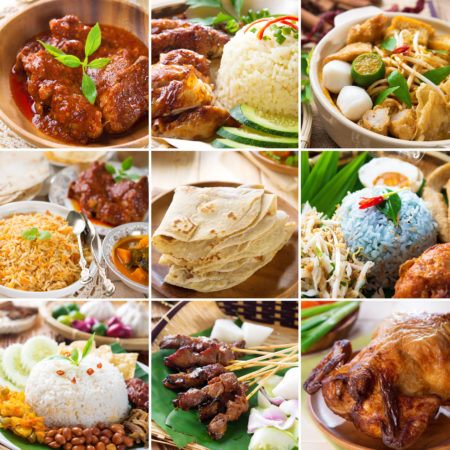 Canadians are using food as a way to embrace various cultures, according to new research from Mintel.

The Mintel research reveals that nearly three quarters (73 per cent) of Canadian consumers like to experience other cultures through food, while nearly three in five (57 per cent) are more open to trying ethnic foods now than they were a few years ago as the majority (72 per cent) of consumers turn to ethnic-inspired dishes to break mealtime monotony. 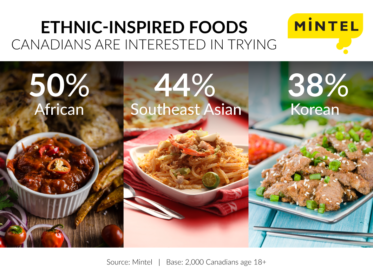 Ethnic-inspired foods such as Chinese (89 per cent), Italian (84 per cent) and Latin American/Mexican (82 per cent) are the most commonly eaten by Canadians. Some less prominent dishes are also being sought out, however: while only 20 per cent of Canadians have tried African-inspired food, half (50 per cent) are interested in doing so. Similarly, though just one third (32 per cent) of consumers have eaten Southeast Asian food, 44 per cent are interested in trying it.

While 65 per cent of Canadians are open to trying ethnically inspired methods of preparing foods, many consumers are hesitant to create ethnic dishes at home: 61 percent of consumers generally try ethnic-inspired foods at restaurants before preparing them at home. And more than one third (36 per cent) of consumers agree that making ethnic foods is intimidating, while two in five (38 per cent) agree that it’s difficult to find the right ingredients.

“Canada’s population growth, primarily led by immigration, is affecting many aspects of Canadian culture, and our research shows that food is no exception. Consumers are willing to explore other cultures through ethnic-inspired foods and view ethnic dishes as a way to avoid mealtime boredom,” says Joel Gregoire, senior Food and Drink analyst at Mintel. “While consumers are willing to try a wide range of ethnic dishes, intimidation over ingredients and cooking methods are getting in the way of consumers preparing these meals at home. Brands can appeal to hesitant Canadians by partnering with ethnic-inspired restaurants, as consumers trust the knowledge and expertise of restaurants when it comes to ethnic foods and may be receptive to retail ethnic-inspired products showcasing a foodservice influence.”