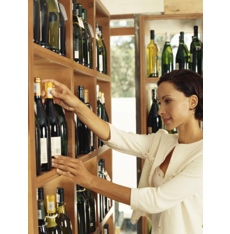 Market researcher Datamonitor is predicting that fair trade wine will continue to increase in popularity among consumers interested in ethical trade and fair trade alcohol.

The company, which studies global market and business strategies, says consumers are becoming increasingly interested in how wine is made and the traditions involved. “Over the last year, we have seen a flurry of activity in fair trade wine globally, despite the economic pressures being faced by consumers,” says Katrina Diamonon, consumer insights analyst at Datamonitor. “This activity has been driven by an increase in the quality of fair trade wines, as well as awareness of the concept.”

In contrast, fair trade-certified wineries are small family producers or co-operatives in which workers are paid a fair wage and grapes are grown using environmentally sustainable methods. FLO’s website, www.fairtrade.net, lists fair trade wine producers from Argentina, Chile and South Africa. Fair trade wine has been available in Canada since 2007.

The next big thing

Datamonitor reports that fair trade has now surpassed organic in the alcohol sector as the next big ethical category. The U.K. market for fair trade wine is currently the largest in Europe – worth more than $42-million in 2009 – and is expected to grow 18 per cent per year over the next five years. Growth in Australian, Japanese and North American markets is also expected to grow by double digits.

While Datamonitor believes a barrier to growth may be less consumer awareness of fair trade wine than products such as cocoa and coffee, it points to the increasing knowledge and acceptance of fair trade logos as a strong source of consumer confidence.