There is a growing interest in agriculture education in Canada, along with an increasing number of job opportunities in the industry 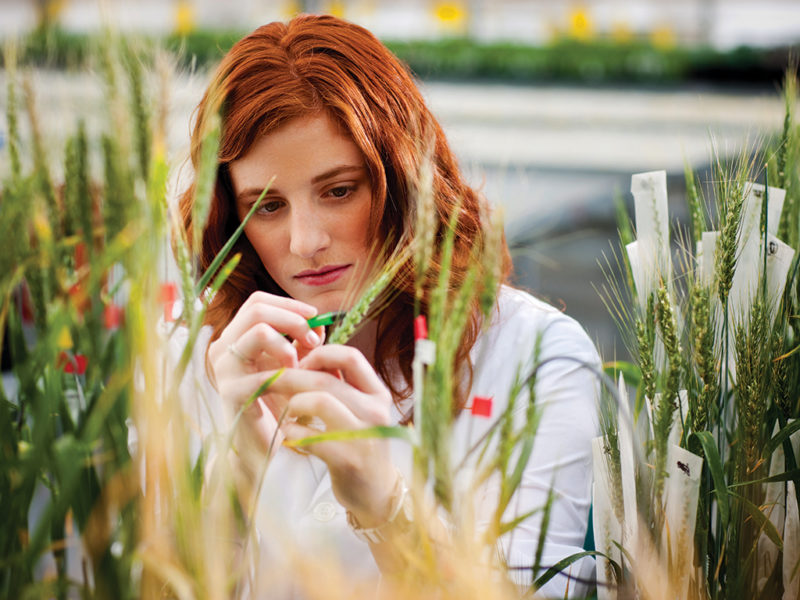 There appears to be a growing interest in agriculture education in Canada, along with an increasing number of job opportunities in the industry, according to Statistics Canada data and a couple of independent surveys.

Statistics Canada data reveals there were a total of 12,168 students studying in agriculture or an ag-related program in 2014, which is a 2.7-per-cent increase from the previous year and a 16.6-per-cent overall increase from 2009-10.

The number of enrollments in agricultural programs grew at a rate double of all post-secondary enrollments (2.7 per cent and 1.2 per cent, respectively), while slowing down at about the same level as all other post-secondary programs over the past five years.

Agriculture programs are also more likely to see full-time enrollment than other programs (87 per cent compared to 75 per cent, respectively) and this rate has been steady over the past five years.

A recent informal Farm Credit Canada (FCC) survey of 33 post-secondary institutions offering agriculture and ag-related programs confirms agriculture has become a popular career option, especially over the past five years as the industry has grown.

“This is a testament to the strength and appeal of Canada’s agriculture industry, which is generating more interest among students than ever before,” says Todd Klink, FCC’s chief marketing officer, who has undertaken projects to get high schools students interested in careers in agriculture . “As the industry grows, so does the need for additional talented, energetic and well-educated young people.”

The need to attract skilled and educated young people to Canada’s agriculture industry is highlighted in a recent study by Canadian Agricultural Human Resource Council (CAHRC).

Agriculture 2025: How the Sector’s Labour Challenges Will Shape its Future shows the gap between labour demand and the domestic workforce in agriculture has doubled from 30,000 to 59,000 in the past 10 years and projections indicate that by 2025, the Canadian agri-workforce could be short workers for 114,000 jobs. The study also reveals that primary agriculture has the highest industry job vacancy rate at seven per cent.

“The sustainability and future growth of Canada’s agriculture and agri-food industry is at risk,” explains Portia MacDonald-Dewhirst, CAHRC Executive Director. “It is critically important that this risk is acknowledged and mitigated in an intentional and strategic way.”

FCC is committed to helping young people enter the industry by offering various loan products for young farmers and through its long-standing support for 4-H Canada clubs and programs and Agriculture in the Classroom.

“Given that one in eight jobs in Canada are tied to the agri-food industry, there are a lot of opportunities for young people,” Klink says. “The growing interest in agriculture education shows we can be optimistic for the future of agriculture.”

This article was supplied by Farm Credit Canada.