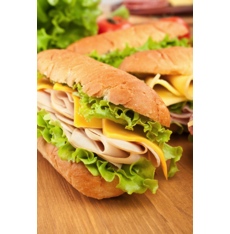 Maple Leaf Foods has announced it will undertake broad changes to its operations, all designed to drive shareholder value. As part of a five-year strategic plan, the Toronto-based company will spend $755 million from now until 2013 on improving profitability and competitiveness.

Planned changes include plant consolidation, pricing adjustments and changes to promotional activities. The company will also simplify manufacturing in both its baked goods and meat divisions. The changes are expected to increase earnings by margins of 75 per cent over the next five years.

In March, Maple Leaf announced it will begin construction on a new bakery facility in Hamilton, Ont. next year, which will replace three older bakeries. Now, it says, it will also construct a new prepared-meat facility beginning in 2012.

“This plan will enable Maple Leaf Foods to further address what we believe is a structural shift in currency which has caused a productivity gap for Maple Leaf – and indeed, many large Canadian manufacturing companies – relative to U.S. competitors,” says president and CEO Michael McCain. “Management is implementing both near and longer-term initiatives to improve productivity, deliver higher margins consistent with U.S. branded food companies, and establish sustainable competitive advantage.”