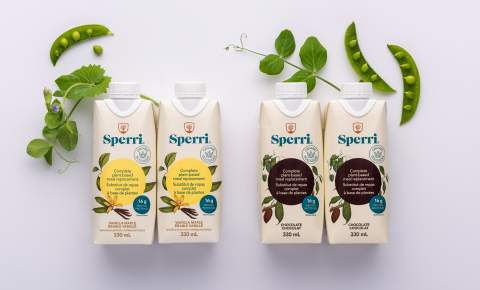 “Myself, Dr. Mary Lynch and the whole team are beyond excited to announce the launch of Sperri,” says Gregg Curwin, co-founder and CEO of Novagevity Incorporated. “Plant-based nutrition’s time has come. It’s rare that you get a chance to create something that affects people’s health at scale. It’s a privilege and a major responsibility that doesn’t come around too often.”

“We designed Sperri because there were no other plant-based options for Canadians and we could see some of the alternatives were making people more sick,” says Dr. Mary Lynch, co-founder and chief scientific officer at Novagevity Incorporated.

Sperri comprises 16g of plant-based organic protein from hemp and pea. It contains 24 vitamins and minerals and is made without dairy, soy, gluten, animal products, nuts and artificial flavours, sweeteners and preservatives.