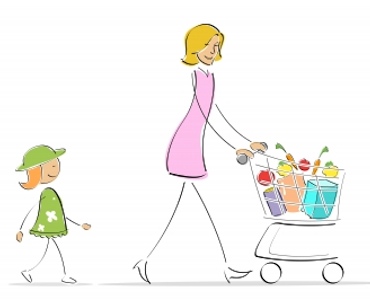 Chicago – According to a report, home meal replacement (HMR) is a growing trend, and grocery retailers should take note.

The report, called Mintel’s Home Meal Replacement Canada 2017, says it has found that 85 per cent of Canadian consumers “have purchased prepared/made-to-order foods from a retailer that sells groceries in the last three months, with younger  Canadians age 18 to 34 most likely (92 per cent) to do so.”

Mintel says for many consumers HMR is an alternative to eating out or bringing home takeout. In fact, 36 per cent of consumers in Canada says HMR options from grocery stores are just as good as a restaurant meal.

HMR options are also cheaper than dining out, say 27 per cent of consumers.

The report found that 87 per cent of Canadian consumers will stop by a store to pick up a prepared meal, while 51 per cent will purchase HMR options to eat in – among consumers who are between the ages of 18 and 24 that rises to 67 per cent or seven in 10 consumers.

Grocery stores, it turns out, “are the most popular (72 per cent) HMR eat-in destination, followed by mass merchants (32 per cent) and club stores (31 per cent).”

Mintel also found that the meal kit trend is growing as well, and that Canadian consumers, about 24 per cent of them, “say they are interested in a meal delivery service from HMR retailers.”

For grocery retailers, adds Mintel, the opportunities in the HMR category include meal kits and delivery services.