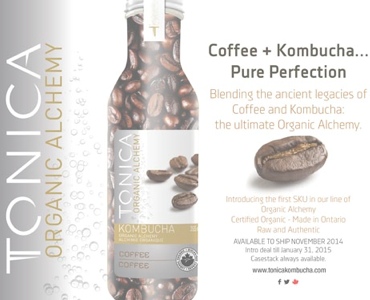 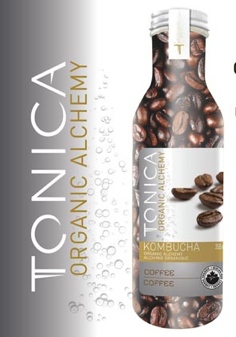 Zoey Shamai, the company’s founder, says the beverage is for consumers who enjoy the flavour of coffee but want a natural, organic beverage with proven health benefits.

The new beverage is flavoured with coffee, hazelnut and butterscotch, and is free of caffeine. It also has cocoa and hazelnut undertones.

The beverage also targets those consumers who are looking to cut down on their coffee intake.

According to the company, kombucha has been shown to naturally contain probiotics, polyphenols, organic enzymes, amino acids, and gluconic and glucuronic acids (the liver rejuvenators).

The company’s tonica beverages are distributed throughout Canada to more than 450 outlets such as Whole Foods Market, Pusateri’s and select Loblaws. The beverages have a suggested retail price of between $3.49 and $3.99.