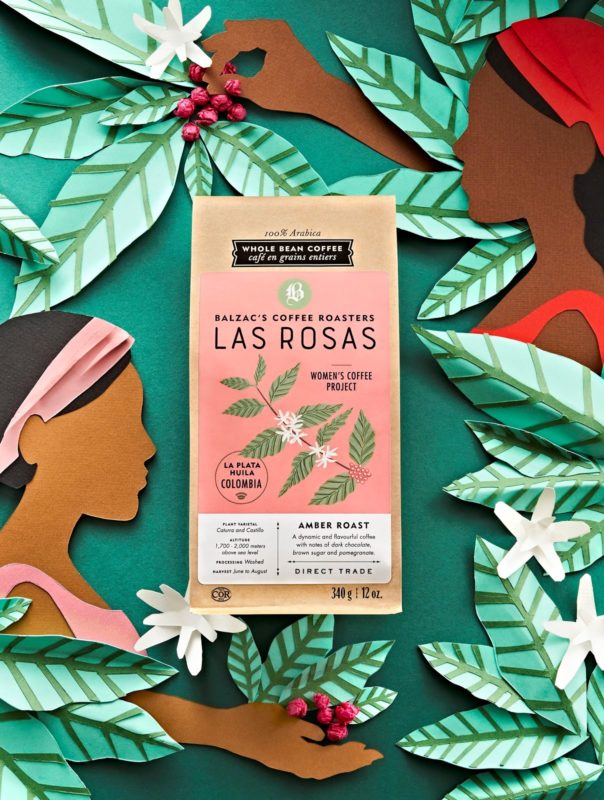 Balzac’s Coffee Roasters is celebrating its first year of partnership with RGC Coffee and the Las Rosas Women’s Group, driving important change and development within the industry and the Las Rosas association. The partnership milestone is significant as Balzac’s continues to blaze a trail in the Canadian coffee roasting industry — offering sustainable, innovative and conscionable products to its customers while aligning itself with meaningful social projects.

The Las Rosas Women’s Group is an association of over 400 Colombian women aimed at prioritizing gender equality. The project focuses on coffee production improvement while providing Colombian women with the opportunity to take on leadership positions on coffee farms.

Grown, picked and processed by the women of Las Rosas, Balzac’s stocks the dynamic and flavourful Las Rosas blend — a product with a story, so their customers can savour their favourite cup of coffee in a much deeper way.

“As a female founder, it’s important to me that Balzac’s continues to make a positive difference while supporting women-led initiatives,” says Diana Olsen, founder and president. “I’m proud of Balzac’s partnership with RGC Coffee thus far and look forward to our future supporting the amazing women of Las Rosas and their families.”

“Preserving and enhancing the communities and ecosystems where coffee grows is our ultimate mission at RGC Coffee, and Balzac’s is a primary example of a Canadian company who is applying its business model for the benefit of the greater good,” says Angela Pelaez, manager of sustainability. “We are grateful for all that Balzac’s continues to do to support the Las Rosas Women’s Group, and are thrilled that we can assist Balzac’s in providing its customers with meaningful products that tell a story.”