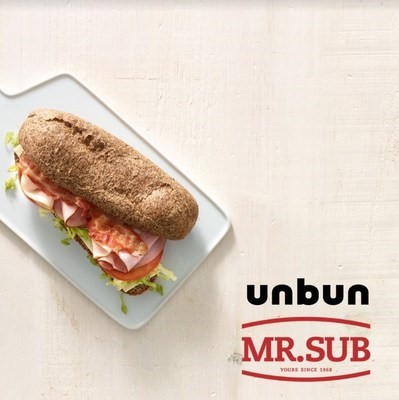 MR.SUB will be the first sub sandwich chain to offer Keto Buns by Unbun – joining trailblazing partners in the QSR industry, such as The Burger’s Priest and BurgerIM, to offer a guilt-free, certified keto, paleo bun.

From humble beginnings operating out of a one- bedroom condo selling into three Toronto locations to now over 1,800 locations across North America in only 18 months – Unbun Foods was born from a mission to satisfy founder Gus Klemos’ insatiable craving for a burger without the guilt and empty carbs.

Unbun Foods’s first major success was an exclusive opportunity with The Burger’s Priest, who offered the first and only publicly announced gluten-free bun option. From then on the growth was rapid, and demand grew cross-borders in 2018 with Unbun expanding to 200 locations across the US in premium burger chain BurgerIM. Starting this October, Unbun will be rolling out its keto friendly pizza crusts nationally to…

“All I can say at this time is that it’s Canada’s largest pizza chain.” – According to Klemos.