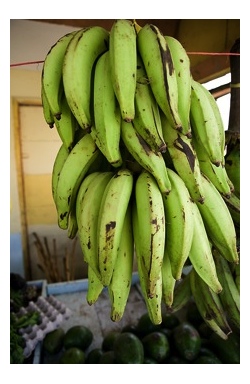 Many consumers don’t eat enough vegetables and fibre-rich foods, which can help in the managing of weight and diseases like type 2 diabetes.

In an attempt to get around consumers’ eating habits, researchers in Mexico experimented with adding fibre-rich unripe banana flour to pasta. According to BakingBusiness.com, the study was called Pasta with Unripe Banana Flour: Physical, Texture and Preference Study and it involved researchers from the Centro de Desarrollo de Productos Bioticos del I.P.N. in Yautepec, Mexico.

The study was published in the Journal of Food Science, an Institute of Food Technologists’ (IFT) publication.

A release on IFT’s website explains that unripe banana flour was selected because it contains resistant starch, a type of fibre that may help consumers manage weight and type 2 diabetes.

And pasta was selected because it’s considered a product with a low-glycemic index, a rating that measures the effects of carbohydrates on blood sugar levels.

Low-glycemic responses are thought to be favourable to health because of their role in the possible prevention of heart disease and metabolic diseases like type 2 diabetes.

According to BakingBusiness.com, the control spaghetti was made with 100 per cent semolina.

Three other spaghettis were prepared by substituting semolina with banana flour at 15 per cent, 30 per cent, and 45 per cent, respectively.

One group of 100 Mexican consumers did a preference-ranking test for all the spaghetti samples without flavour added.

Acceptance increased in all spaghettis when they were tomato flavoured and even more so in the spaghettis with 30 per cent and 45 per cent banana flour.