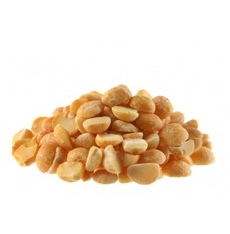 Canadian researchers have found that inexpensive whole yellow pea flour could be used to create low-glycemic foods and thereby help those with diabetes. The researchers, who are from the University of Manitoba’s Richardson Centre for Functional Foods and Nutraceuticals, looked at whether it was possible to lower the glycemic response of certain foods by using whole yellow pea flour in them and provide a flavour that consumers would find acceptable, reports FoodMag.com.

Their study was published in the Journal of Food Science.

The glycemic index of a food refers to the spike in blood sugar (glucose) levels produced after eating it, says MedScape.com.

High-glycemic index foods produce a more rapid spike in blood sugar levels, which can be dangerous for people with type 2 diabetes who need to keep their blood sugar levels under control to prevent complications.

They then compared the glucose responses of 22 healthy men and women between the ages of 22 and 67 who ate the yellow pea flour and traditional whole wheat flour versions of the foods.

What they found was that the banana bread and biscotti with whole yellow pea flour produced a lower glycemic response than baked goods containing wheat flour, reports FoodMag.com.

The whole yellow pea flour containing pasta showed no significant difference. The researchers suggested that the pasta formulation, which contained 30 per cent pea flour, could have contained an insufficient quantity of the pulse to produce an effect.

The researchers concluded that whole yellow pea flour could be used to make tasty, low-glycemic foods that could help prevent and manage type-2 diabetes.

Pulses as next functional ingredients

MedScape.com also reports that pulses are now being studied as potential functional ingredients in foods because they possess a number of health benefits: they’re high in fibre, protein and antioxidants.