Dr. Graeme Macaloney, President and Whisky-maker said of the award: “It’s a truly amazing accomplishment for our young distillery which is just 2.5 years old. There are some really fantastic distilleries with decades of experience who regularly compete for these awards, which is a testament to the world class expertise that we’ve assembled plus our focus on quality. We’ve got some fantastic spirits in maturation right now and I think Canadians will be blown away with the whiskies we’ll be releasing in 6 months time!”

While the distillery doesn’t sell the ‘new make’ itself (unless customers buy a cask), it does sell its Scotches and maturing single malt spirit, the Mac Na Braiche. The latter uses this world award winning ‘new make’ as a foundation and is matured in red wine casks. This ‘Mac’ has recently claimed a number of accolades itself including a Gold award from the Canadian Artisan Spirit Competition, and a 91 point score from the Dram Association – an equivalent score to 17 year old premium Scotches. The distillery is also the first in Canada to peat-smoke its barley at the distillery, leading to the first ‘Canadian’ peated whisky using local ingredients. Furthermore, it also set a Canadian record last week when it successfully surpassed its $500,000 crowdfunding target, the first ever distillery crowdfunding in Canada. 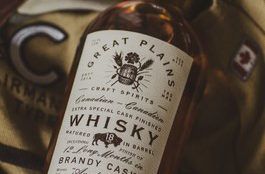 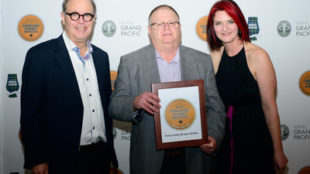 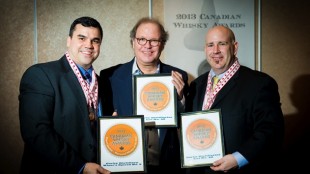