Lot No. 40 described as “the very essence of what rye whisky is all about” 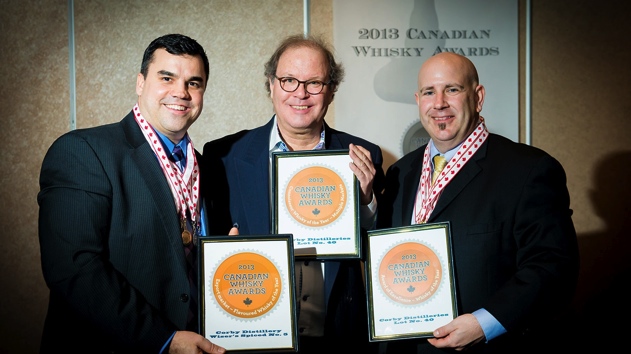 The winning whisky was developed in the 19th century by distiller Joshua Booth, and is a 100-per-cent rye grain. It is distilled at the Hiram Walker Distillery in Windsor, Ont. Other winners included Alberta Premium Dark Horse, Forty Creek Heart of Gold, Masterson’s Straight Rye Whiskey, Wiser’s Red Letter, and Crown Royal Black. 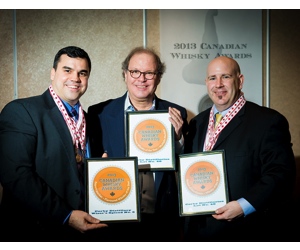 (Left) David Weaver and (right) Bill Atwood of Corby Distillers accept their award for Corby’s Lot No. 40 from Davin de Kergommeaux at the Canadian Whisky Awards.

According to Davin de Kergommeaux, chairman of the judges, interest in Canadian whisky is growing. “Export sales of Canadian whisky worldwide were up by nearly 25 per cent in 2013, and the upward trend continues. Canadian whisky producers are stepping up to the plate with new high-end releases. More small batch and top-end deluxe whiskies are available now than ever before.” Sales of flavoured whisky have also doubled in the past year.