Why the cultured meat industry needs its own Elon Musk 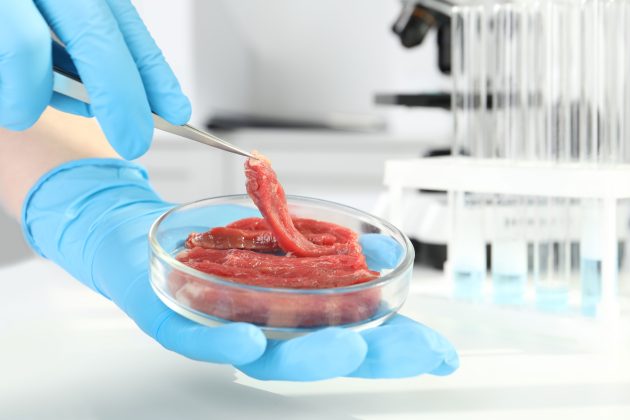 Leonardo DiCaprio has just used his A-list magic powers yet again by investing in two American cultured meat start-ups, Aleph Farms and Mosa Meat, which use animal cells. This is the same actor who invested in a vegetable protein company even before the plant-based phenomenon was a thing. That company was Beyond Meat, now worth more than $8 billion. He saw it coming before the rest of us. But the idea of replacing the livestock industry with labs is simply mesmerizing.

It’s a fascinating concept: the thought that one day, before long, humanity would no longer need to raise livestock to enjoy animal protein. In just a few years, we could potentially grow meat in labs, and even on our kitchen countertops, in small stainless-steel bioreactors. All the problems meat packing plants faced during the pandemic and meat recalls could potentially be things of the past. The idea of slaughtering animals could be seen as ancient and barbaric. The pandemic has turned over four million Canadians into new pet owners, and pet ownership can change how humans feel we should treat animals. Slaughtering anything will become, for a growing number of consumers, a repulsive concept.

As of last year, it’s legal to sell cultured chicken in Singapore, and many other countries are considering the idea. A McKinsey & Co. report recently suggested that the cultivated meat market around the world could reach $25 billion by 2030. Forecasts are also suggesting that the production price will drop significantly over the next nine years, from over $10,000 per pound today to about $2.50 per pound, a staggering 4,000-fold reduction. For climate change advocates, this will be a godsend.

Cattle consume about twenty-five calories of plant material for every calorie of edible protein they produce for the market. Even chickens, the most efficient plant-to-meat ratio, will eat nine to 10 calories of food for every calorie of edible protein produced. Cultured meat would offer a four-to-one ratio, more than half that which chickens require. Comparisons aren’t even close. And while the Western World is slowly pricing carbon, including Canada, our new distribution and production economics will be the incentive for more sustainable production of animal proteins.

The science needs work, though. There are currently over one hundred different research projects on cultured meat around the world, funded by venture capitalists and philanthropists, yet cultivated meat companies have repeatedly missed product launch deadlines. Creating the right product is challenging for a variety of reasons.

Putting our environmental enthusiasm aside, shifting our collective attitude towards accepting cultured meat won’t be easy either. Food is cultural, and culinary traditions have given meat a privileged role over centuries, at least in the Western World, including North America. Allowing labs to replace farms won’t be a natural shift. Most important, land occupancy will become a critical issue when converting to more lab-grown food. With fewer animals to feed, we must question how to use our farmland over time. More cultured meat in our diets may mean fewer farms and farmers, compromising our rural economy’s chances of future prosperity. That’s certainly a challenge, especially here in Canada. Expect groups to push back, as we have seen with the plant-based movement of late.

Labelling will be another issue. The cost to produce cultured meat will eventually be lower than that of conventional meat products. This could make animal proteins more affordable, and if producers label them as such, consumers will have a choice. As we are seeing with genetically modified salmon in Canada which is 60 per cent cheaper to produce, consumers have no chance to see prices drop due to these modern technologies. A case needs to be made for informing consumers at retail with proper labelling. As we saw with GM salmon, grocers may publicly boycott the product but still carry it in other more processed forms. This is contemptuous and frankly dishonest toward the consumer.

Cultured meat has the potential to change our relationship with animal proteins. But as with other disruptive, revolutionary technologies which can assure the betterment of our planet, the change won’t come easily. Elon Musk understood a long time ago that to give the electric car its proper due and push aside the powerful car dealership cartels, the influence of the oil industry and the incredible economic clout of car manufacturers, he needed to build a case for the e-car with the consumer, and he did. Musk simply became the communicator and dreamer the electric car needed and built an entire ecosystem to support an innovative technology. Fifteen years ago, many of us considered Elon Musk crazy, but look at Tesla today. The company is worth more than $700 billion. Just an incredible story.

If lab-grown food is ever to become a thing, the industry will need its own Elon Musk. Or this time, that person might be Leonardo DiCaprio.