A report from Rabobank tells meat processors to Watch Out! or protein alternatives will "steal their growth" 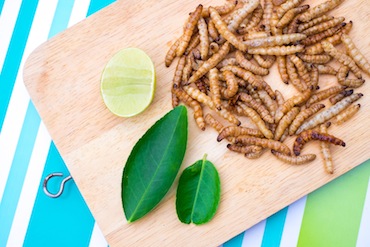 The report, which was released late last year, is called Watch out… or They Will Steal Your Growth! Why Alternative Proteins Are Competing So Successfully for the Centre of the Plate.

Rabobank says on its website that the growth of the alternative proteins sector will continue for at least the next five years.

For meat processors, “doing nothing is not a rational response,” says Rabobank.

The report says there are opportunities for meat processors and if they don’t “seize these, they will turn into threats as other food and agribusiness companies respond.”

In its report, Rabobank identifies three main types of alternative protein products and breaks them down:

Meat substitutes
• Are meat analogues such as plant based sausages, burger patties, non-chicken schnitzel, etc.
• Are traditional plant-based alternative products such as tofu, tempeh, falafel, seitan, veggie burgers, etc.
• In all cases, says Rabobank, these are processed and prepared products
• Protein levels vary from about 7% to 20%

Lab-grown meat products
• Are legume-based meat products using a shear-cell technology or farmed from animal cells
• In all cases, says Rabobank, by definition these are processed products
• Typically, the protein content will be similar to meat and poultry at around 20%

Related
Beyond Meat to offer plant-based meat in HelloFresh meal kits
More countries may have to consider a meat tax: report
New Dalhousie study finds that 6.4 million Canadians limit the amount of meat they eat, and number will likely grow