On the Shelf: Recent launches of new consumer products!

• Canadian consumers love their bacon. That’s what Maple Leaf Foods Inc. discovered when it commissioned a national survey from Angus Reid called For the Love of Bacon. The results found that when asked to choose between bacon and sex, more than four in 10 consumers would choose bacon.

The new packaging is available at all major food retailers across Canada at the same price as regular Maple Leaf bacon.

Each 375-g package contains 16 to 18 slices of centre cut bacon. Both Original and Reduced Salt are available in the new packaging, which is 100 per cent recylable.

• To help with hectic schedules, many families put their slow cookers to use. McCormick Canada reports that PMB Slow Cooker Appliance Usage Report found that 65 per cent of Canadian women (age 25 to 50) owned slow cookers in 2006, which is up from 55 per cent the year before. And slow cooker soup usage is also growing according to the NPD Crock Pot Usage Report, which is up from four per cent of slow cooker meal occasions in 2005 to 14 per cent in 2007.

The three new mixes, which include Minestrone, Chicken Noodle and Beef Vegetable, add to the company’s line of six other Slow Cooker mixes.

The six existing mixes include Pot Roast, Beef Stew, BBQ Pork, Chili, Italian Chicken, and BBQ Ribs. And each packet includes a list of ingredients and instructions for easy preparation.

The mixes contain no artificial flavours, colours or trans fat, and are available at major grocery outlets across Canada with a suggested retail price of $1.59.

• With Dempster’s new OvenFresh line consumers can have the experience of freshly baked bread (without the mixing and kneading) in their kitchens regardless of skill. OvenFresh is a new line of partially baked, preservative-free baguettes and dinner rolls.

The white and multigrain baguettes and rolls just need to be finished in the oven or on the barbecue for eight minutes and then they’re ready to serve.

Both the baguettes and rolls come in a special vacuum sealed package, which means they have an extended shelf life without preservatives or the need to freeze.

The OvenFresh line are available at most grocery stores nation-wide and retail for an average price of $3.39. The 150-calorie, low-sodium bar is a good source of whole grains, fibre and omega-3s.

In an effort to continue to reduce its environmental footprint, Nature’s Path has packaged the Mmmaple Pecan granola bars in its new Envirobox, which is 36-per-cent smaller than its regular boxes. 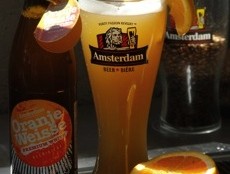