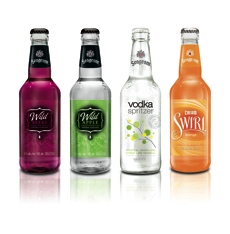 Ben & Jerry’s latest flavour, Caramel Hat Trick, is a triple-threat of caramel ice cream, swirls of caramel, and fudge covered in caramel chunks. The super-premium ice cream is available in 500-mL containers. A portion of proceeds from every pint sold will be directed to support grassroots hockey for kids through the company’s collaboration with the organization NHLPA Goals & Dreams. Muskoka Cottage Brewery has introduced a new five-pack of beer at the LCBO. The new package offers a selection of the award-winning craft brewery’s beverages, including Muskoka Hefe-Weissbier, Muskoka Premium Lager, Muskoka Dark Ale, Muskoka Cream Ale, and Muskoka Pilsner Light. The new five-pack is a unique way for consumers to get to know the brewery. ShaSha Organic Bio Buds from ShaSha Co. are organic sprouted grains, legumes and pods which are packed with vitamins, minerals, phytochemicals and amino acids. Sprouted seeds have more than three times the nutrients of unsprouted seeds, making them one of the most nutrient-dense foods available. The Organic Bio Buds are available in 454-g packages of brown rice, adzuki beans, lentils and mung beans. Mill Street Brewery has launched its first canned beverage, Mill Street Lemon Tea Beer. The new beer is made with black tea and lemon, to produce a light amber-coloured brew with a bright, citrusy flavour and a rocky white head. The beer is five-per-cent alcohol. As well as the 473-mL can, a 341-mL bottle of the new beer is also included in the brewery’s pub sampler, which also features Mill Street’s Pilsner, Tankhouse Ale, Stock Ale, Organic Lager and Belgian Wit.

Earth Balance Soy Free Spread is an all-natural, vegan, soy-free buttery flavoured spread. The spread contains no trans fat, and is an excellent source of omega-3s. The Soy Free Spread joins the Earth Balance family of products as an ideal option for consumers with allergies to soy-based products. Nestlé Waters Canada has added Nestlé Pure Life Sparkling to its lineup of beverages. The carbonated water comes in three flavours – original, lemon and lime – and contains no calories, sugar or sodium. The new beverage is available in 100-per-cent recyclable, 500-mL single-serve bottles, as well as one-litre PET bottles.

Molson Canadian 67 is Canada’s first low-calorie beer. The new beer from Molson Coors Canada offers refreshing flavour with just 67 calories per 341-mL serving, about half the calories of a glass of wine or single mixed drink, and about one-third fewer calories than light beer.