Nutrition bar features the taste of a brew, without the alcohol

Davis, Calif. – An energy bar inspired by its founder’s love for beer is gaining interest from athletes and beer-drinkers alike.

BRUBAR is an energy bar developed by Christian D’Souza, a homebrewer who saw the potential in marketing a tasty energy-packed treat with the nutritious ingredients in beer. “Eating an energy bar while driving to the homebrewing supply store, I realized that energy bar flavours are similar to the ingredients in craft-brewed beer,” says D’Souza, founder of Davis, Calif.-based BRU Company LLC.

D’Souza wanted to capture the true flavour of beer in the bars, but soon realized that hops weren’t a good fit in terms of taste profile. Instead, the all-natural, vegan bars he created are a combination of dates, barley malt and rolled oats, with a soft, moist texture, malty flavour and natural sugars. Other natural ingredients include almonds, coconut, vanilla, cinnamon and olive oil.

According to D’Souza, the bars are currently only available to Canadian consumers through his website, www.brubar.com. However, the company will be featuring its products at Natural Products Expo West in Anaheim, Calif., where D’Souza expects to increase distribution, hopefully to include Canada. 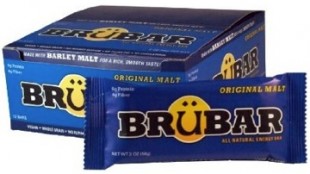