Ottawa, Ont. – The federal government is restricting the amount of caffeine legally allowed in energy drinks.

The majority of these beverages will also be classified as food, rather than natural health products; requiring them to carry nutritional labelling, including caffeine content, vitamins and other ingredients.

Caffeine will be capped at 180 mg per drink, which is comparable to a medium-size coffee.

In making the announcement, Health Minister Leona Aglukkaq said the changes were aimed at helping parents monitor their childrens’ caffeine intake. “I believe today’s changes will be especially helpful to the parents of teenagers who regularly consume energy drinks,” she added.

But some say the changes don’t go far enough. Health Canada’s Expert Panel on Caffeinated Drinks had recommended the government limit caffeine to 80 mg per energy drink, as well as differentiating between caffeine-laden drinks and sports beverages consumed for electrolyte replacement.

The panel also wanted energy drinks labelled as “stimulant drug-containing drinks,” that could be sold only from behind a pharmacist’s counter.

However, in discussing the decision Aglukkaq said, “I firmly believe that it’s up to individuals and parents to make their own decisions when it comes to what they eat and drink.” 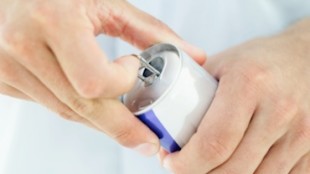 Whose Decision is it Anyway?