Montreal, Que. – Molson Coors is investing $282 million in its four British breweries in an effort to boost the U.K.’s struggling beer industry.

British beer sales have fallen 9.8 per cent in the three months ending this June, and are seven per cent lower than at this time in 2010, according to the British Beer and Pub Association.

Molson plans to invest $8 million in its Cornwall brewery and two other plants, as well as investing in its packaging operations. In addition, it will spend $24.2 million per year over the next five years to modernize its Burton-on-Trent facility. The company hopes the upgrades will help save a billion litres of water by 2012, as well as reducing energy use by 20 per cent by 2020.

Mark Hunter, Molson Coors U.K. and Ireland chief executive, says the changes will ensure the company has the flexibility to adjust to the fact that the on-premise beer sales market is decreasing, while the off-premise market is growing. 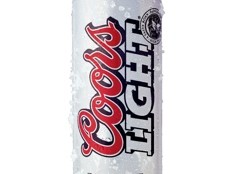