In 2010 there were 582 million cases of foodborne disease: WHO

The WHO releases preliminary findings from a study that show the global burden of foodborne diseases. World Health Day - April 7 - is dedicated to food safety

Geneva, Switzerland – The World Health Organization (WHO) is dedicating its World Health Day on April 7 to the issue of food safety. 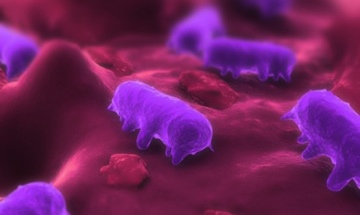 The WHO says that new data on the harm caused by foodborne illnesses highlight the threats posed by unsafe foods.

The organization is also calling on a coordinated cross-border effort across the entire food supply chain to help make food safe.

The theme for World Health Day is “From farm to plate, make food safe.”

“Food production has been industrialized and its trade and distribution have been globalized,” says Dr. Margaret Chan, the WHO’s Director-General, in a statement.

Unsafe food can contain harmful bacteria, viruses, parasites or chemical substances and can cause more than 200 diseases – ranging from diarrhea to cancers.The WHO says examples of unsafe food include undercooked foods of animal origin, fruits and vegetables contaminated with feces, and shellfish containing marine biotoxins.First findings: global burden of foodborne diseasesThe WHO also issued the first findings from what is a broader ongoing analysis of the global burden of foodborne diseases.The full results of this research, which is being undertaken by the WHO’s Foodborne Disease Burden Epidemiology Reference Group (FERG), will be released later this year in the fall.

Some important results are related to enteric infections caused by viruses, bacteria and protozoa that enter the body when consumers ingest contaminated food.

Initial FERG figures, from 2010, show that:
• there were an estimated 582 million cases of 22 different foodborne enteric diseases and 351,000 associated deaths;

• more than 40% of people suffering from enteric diseases caused by contaminated food were children under age 5.

Unsafe food is also an economic issue, especially in a globalized world.

Germany’s 2011 E.coli outbreak reportedly caused US$1.3 billion in losses for farmers and industries and US$236 million in emergency aid payments to 22 European Union Member States.