That statistic comes from a report called Estimates of the Burden of Foodborne Illness in Canada for 30 Specified Pathogens and Unspecified Agents, circa 2006, which was just released by the Public Health Agency of Canada and published in the journal Foodborne Pathogens and Diseases.

Public Health says the report provides the most accurate picture yet of which foodborne bacteria, viruses and parasites (pathogens) are causing the most illnesses in Canada. It also estimates the number of foodborne illnesses without a known cause.

The agency says it has estimates for two major groups of food-borne illnesses:

• Known foodborne pathogens: There are 30 pathogens known to cause foodborne illness. Many of these pathogens are tracked by public health systems that monitor cases of illness.

• Unspecified agents: Because you can’t “monitor” what is not yet identified, estimates for this group of agents were developed by first looking at the health effects or symptoms that they are most likely to cause – acute gastrointestinal illness (AGI) (i.e. vomiting and diarrhea). Unspecified agents were defined as: agents with insufficient data to estimate agent-specific burden; known agents not yet identified as causing foodborne illness; microbes, chemicals, or other substances known to be in food whose ability to cause illness is unproven; and agents not yet identified.

To estimate the total number of foodborne illnesses, the agency estimated the number of illnesses caused by both known foodborne pathogens and unspecified agents.

The report also identifies the top four pathogens that cause domestically acquired foodborne illnesses in Canada, circa 2006. Those are:

Although these systems include only a portion of the pathogens that make up the estimates, it does allow us to see changes over time for these important foodborne pathogens.

According to these systems some foodborne illnesses have dropped substantially over the past decade, but infections caused by one of the most common pathogens – Salmonella – have not declined.

Other important pathogens commonly transmitted through food (e.g. norovirus, Clostridium perfringens, Toxoplasma gondii) are not tracked in part because they cause mild symptoms of short duration and because of current limitations in laboratory capacity and techniques.

For more on the report, visit: Public Health Agency of Canada. 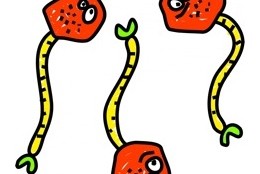