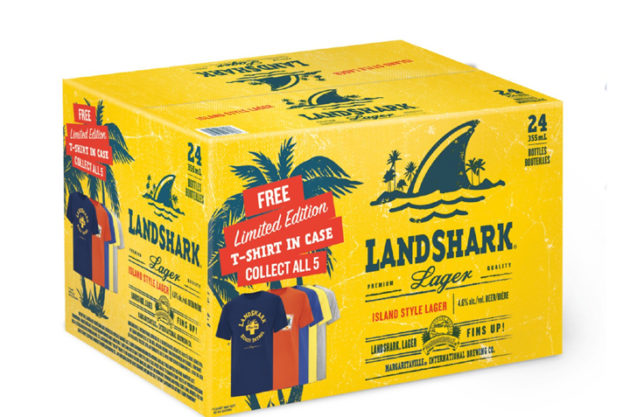 March 13, 2020, Kitchener, Ont. – Waterloo Brewing Ltd. has signed a five-year extension to an original term with Margaritaville Malt Beverages LLC for the rights to LandShark Lager through Dec. 31, 2030.

The company also has an option to renew the contract for an additional 10 years through Dec. 31, 2040.

“We are thrilled to be extending our relationship with Margaritaville and LandShark Lager in Canada,” George Croft, president and CEO of Waterloo Brewing, said in a press release.

“This island-style lager is one of the fastest growing brands in Ontario. Landshark’s spirit of the beach is an attitude that transcends seasons, and beer lovers here are happily embracing it.”

Douglas McCreadie, president of Margaritaville Malt Beverages, said tremendous 33-per-cent growth experienced last year in Canada is testament to everything the folks at Waterloo Brewing have been doing.

“Canadian beer drinkers have embraced LandShark and made it their own. The brand has always represented a vacation state of mind and now we know that LandShark can transport you to that perfect beach even if it’s snowing outside. We are thrilled with the success of the brand in Canada and look forward to continued growth with our good friends at Waterloo Brewing.”

Waterloo Brewing is Ontario’s largest Canadian-owned brewery. The company secured the exclusive Canadian rights to LandShark and Margaritaville in 2015.