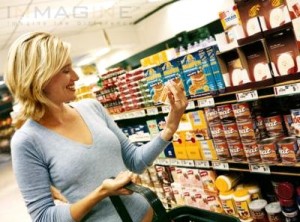 Montreal – Food processors are optimistic about the future and most of them expect to see growth.

That’s one of the findings from a new report called A Hunger for Growth: Food and Beverage Looks to the Future. The report was just released by Grant Thornton International Ltd.

The report is an international study with a Canadian perspective and was also released by Raymond Chabot Grant Thornton during a conference organized with the Conseil de la transformation agroalimentaire et des produits de consommation.

The study finds an improved global economic outlook is creating a favourable climate for the food and beverage sector.

In fact, the new-found optimism from producers in the sector is leading 90 per cent of them to expect revenues to increase in the near term.

The vast majority of them also expect profits to increase, with 25 per cent expecting double-digit growth in product sales.

“Food and beverage companies are fired up. After a few challenging years, business leaders are anticipating a period of growth and increased investment,” says Guy Barthell, partner in the Strategy and Performance Consulting Group and agri-food specialist with Raymond Chabot Thornton.

“The focus for investment is on efficiency gains to ensure that profitability keeps pace with growth and on new product development in order to cater to changing trends and tastes in Quebec, in Canada and, increasingly, in newer markets. Furthermore, a future free trade agreement with the E.U. suggests that new export avenues could be explored, albeit with a number of challenges that Quebec producers will need to prepare for,” adds Barthell.

Other findings from the report include: