The U.S.-based company is closing the high-tech cereal plant by the end of 2014 putting 500 employees out of work 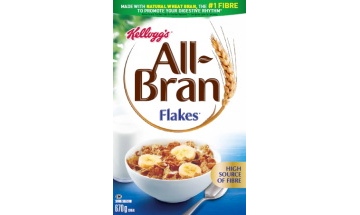 London, Ont. – Kellogg Canada Inc. has announced that it is closing its London facility at the end of 2014.

The closure of the high-tech cereal plant affects 500 employees.

TheObserver.ca reports that employees were called into a meeting at a hotel in the city this morning where the company broke the news.

U.S.-based Kellogg had announced in its latest quarterly report that it was launching Project K and setting aside more than $1 billion to increase efficiency, reports TheObserver.ca.

Kellogg also announced in November that it was cutting its London workforce by 20 per cent. So 110 full-time unionized workers and 11 managers were let go.

The Canadian Press reports that the cuts are all part of a restructuring plan Kellogg is undertaking to streamline its operations by 2018.

In fact, the London plant has steadily been producing less of its different varieties of cereals each year.

Canadian Press adds that all traditional cereal makers are facing a decline in sales as more consumers choose other breakfast foods over cereal and milk.

Kellogg, which has been in London since 1924, produces about 27 cereals in the plant. Some of the brands include Corn Flakes, Frosted Flakes, Bran Buds, All Bran, Bran Flakes and Raisin Bran.