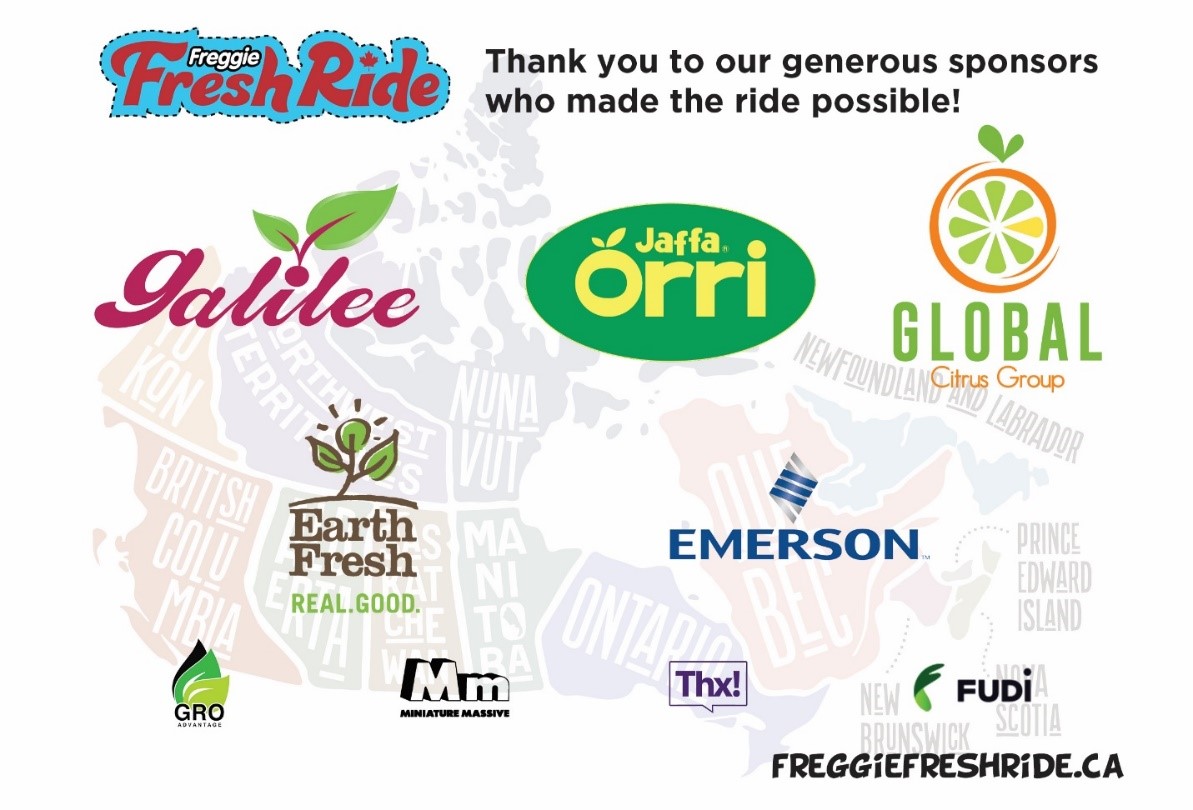 The Canadian Produce Marketing Association’s (CPMA) Freggie Fresh Ride which was held virtually this year from March 1st to 31st was a resounding success. The ride attracted over 100 participants who propelled Freggie, our mascotte, across the country. Freggie was able to reach Victoria, British Columbia, within 22 days and even had time to visit a few key locations in the United States. Freggie Fresh Ride is part of CPMA’s Freggie Children’s Program which educates children about fruits and veggies and encourages them to make healthy eating choices. Visit our website to learn more about this program.

“We started the Freggie Fresh Ride program in 2015 by riding our bikes from Toronto to Montreal in four days,” said Greg Ogiba, founder of Freggie Fresh Ride. “During these rides, we stopped at schools with Freggie to encourage kids to eat fruits and vegetables and showed them how to fuel their bodies to cycle for long distances. Six years later, Freggie Fresh Ride has become an all-inclusive fitness and health event. While the ride has evolved, Freggie’s mission remains unchanged: Inspiring the next generation to lead healthy and active lifestyle.”

About the Canadian Produce Marketing Association (CPMA):
Based in Ottawa, Ontario, CPMA is a not-for-profit organization that represents a diverse membership made up of every segment of the produce industry supply chain who are responsible for 90% of the fresh fruit and vegetable sales in Canada. CPMA is fortunate to represent a sector that is both a significant economic driver for communities and that also improves the health and productivity of Canadians.