Serres Sagami is reversing the fortunes of Quebec’s greenhouse industry 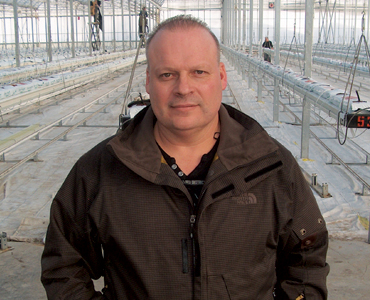 As the most intensive form of vegetal production, modern greenhouses require the mastery of an array of new technologies to maximize both energy efficiency and production to be competitive in the marketplace.

That’s why Stéphane Roy, Quebec’s new greenhouse tomato king, is supremely confident in his ability to reverse the fortunes of failed greenhouses in la belle province. “I like to solve problems and I’m good at it,” says the 50-year-old founder and owner of Serres Sagami. “That’s my strength.”

In December, Roy bought Serres Lacoste, a greenhouse tomato producer in Quebec’s picturesque Charlevoix region for the past 30 years, for an undisclosed sum. The 3.1-hectare site is the fifth in the Serres Sagami greenhouse production fold in Quebec. The business had closed a month earlier when the previous owners filed for bankruptcy after spending four months under court protection from its creditors. Roy is investing $1 million in modifications and improvements to the heating system and growing equipment, among other things, in the five greenhouses, which are perched on a hilltop overlooking the St. Lawrence River.

In February, the greenhouses took delivery of more than 60,000 tomato plants that were grown in the nursery of Roy’s original flagship operation in St. Sophie, a 45-minute drive north of Montreal in the Laurentian region. According to Roy, the plants will begin supplying some 60,000 kgs of tomatoes a week beginning in April. That will boost the company’s total weekly production to approximately 260,000 kg of tomatoes a week, which puts it on a par with – and perhaps surpasses – Quebec greenhouse rival Savoura.

That produce is marketed under the Sagami brand name, and sold by major Quebec grocery chains like Provigo, Metro, Sobeys and Walmart. Since 2011, the company has also marketed four varieties of organic tomatoes under the Biologico brand name. About 80 per cent of that organic production is sold outside Quebec, mostly in Ontario through Loblaws and Whole Foods, and in the northeastern United States by New Jersey-based Wakefern Food Corp., the largest supermarket co-op in the U.S. “We’re a big company,” says Roy. “And we’re going to continue getting bigger.”

It’s been a fast and unlikely climb to the top of the estimated $100-million Quebec greenhouse tomato industry for Roy. A machinist by trade, he spent his first two years out of school working for Montreal’s MIL Vickers, a former naval shipyard that was converted into a factory producing mechanically welded parts and nuclear reactors. But he quit at age 19 and founded his own specialized excavation business in the Montreal region. “I’m an entrepreneur by heart,” says Roy. “When I was 13 I hired two guys to do maintenance work at a butcher shop on Saturdays.”

Over the next 10 years, Roy built foundations for all kinds of niche infrastructures for businesses and government, including bike paths and municipal parks. He finally sold the company and retired, both figuratively and literally, to a large rural property he bought in St. Sophie. The main feature on the property was what Roy calls “a small wooden greenhouse” that covered 8,000 sq. m, roughly the same length and width as a Canadian football field.

According to Roy, one day he simply decided to rebuild and re-launch production at the greenhouse. “I decided to start over in business,” he recalls. “Why greenhouse tomatoes? Well, I realized there were a lot of mechanical and building systems and issues involved with the business, and for me that meant lots of opportunities to solve problems.”

After redoing and expanding the greenhouses into a steel structure covering one hectare, Roy founded Les Serres Nouvelles Cultures, and both created and led a group of 17 growers who supplied stores in the late 1990s.

In 2000 – the same year he attended an intensive, weeks-long course on greenhouse tomato production in Holland – Roy bought Serres Sagami, a Chicoutimi-based greenhouse operation that was also in the throes of bankruptcy. “I looked at the numbers and figured I could make it work,” he recalls. “There was a lot of money just lying around on the ground.”

With an investment of about $1 million, Roy notably changed the heating system to incorporate hot water from a nearby aluminium foundry. The new system proved to be a model of energy efficiency that reduced natural gas use at the facility from 400,000 cubic metres a year to only 15,000. He also lifted the greenhouses six feet off the ground (“the plants were too low,” he explains), and re-engineered the computer-controlled roof openings to open and close automatically according to outside temperature, indoor humidity, and other factors. “You have to always keep in mind that tomato plants are like water pumps,” says Roy. “You have to ventilate or you’re in big trouble.”

In addition to doubling the capacity of the St. Sophie facility in 2004, Roy converted the heating system to biomass. In 2011, he added 1.6 hectares of greenhouses to the same operation in order to grow organic tomatoes and launch the Biologico line. The next year Roy acquired Savoura’s greenhouse complex in St. Marthe, a half-hour’s drive southwest of Montreal, adding 2.1 hectares of greenhouses to his company’s portfolio in the deal. He later converted that facility to grow organic tomatoes, and as a result became the largest North American producer of organic greenhouse tomatoes grown under artificial lighting. Last year Roy bought another 2.3-hectare greenhouse site from Savoura, this one close to his property in St. Sophie.

Roy believes those deals, together with the switch to organic tomatoes, have helped to better position his company to meet both the growing needs and challenges of the Canadian and American markets. According to the Canadian Encyclopedia, those markets represent an important, developing segment of the Canadian agri-food industry, with 2014 farm values of some $2.5 billion (vegetable crops $1.2 billion), and a total surface of more than 2,000 hectares of greenhouse production. The major producing provinces by hectare are Ontario (1,044 hectares), British Columbia (493 hectares), Quebec (235 hectares) and Alberta (116 hectares).

Tomatoes, too, dominate among greenhouse vegetable crops, with total annual production of 210 million kg – five times more than second-place peppers at 51 million kg. “It makes us better able to supply our Canadian and American distributors on a year-round basis,” says Roy, an amateur pilot who regularly flies to the various production sites in his own helicopter.

Roy believes his latest acquisition will further buttress his company’s competitive advantage. “I didn’t really plan on buying this when I first came here to look around [last fall],” he says. “But [the former owners] wanted out, and so I made an offer and here I am – and I couldn’t be happier.”