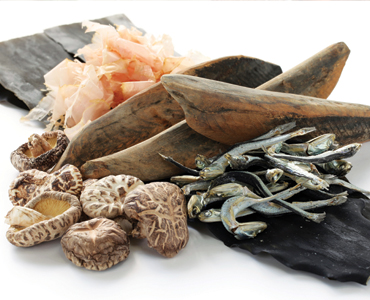 We’ve always known about four basic tastes: sweet, salty, bitter and sour. But then in the early 2000s a fifth taste emerged, one that was described as savoury and meaty and called umami.

Food scientists and experts were skeptical, and as a result umami became a controversial topic in the Western world, says professor Ole G. Mouritsen, who has researched and written extensively on umami. Mouritsen is director at the MEMPHYS-Center for Biomembrane Physics and director at the TASTEforLIFE – Danish Center for Taste at the University of Southern Denmark. He also co-wrote the book Umami: Unlocking the Secrets of the Fifth Taste.

Despite the recent controversy, for thousands of years umami was accepted as a distinct taste profile in Asia. In 1902 it was identified by Dr. Kikunae Ikeda, a Japanese scientist at the University of Tokyo, and given a name (“Umai” means delicious and “mi” means essence, inner being or taste).

Specifically, Ikeda discovered that glutamate, glutamic acid, or naturally occurring monosodium glutamate (MSG) was the chemical compound of the umami taste. He found the compound in kelp (or kombu), which is the main ingredient in dashi, a simple and savoury stock used in Japanese cooking. Then finally in 2000, says Mouritsen, scientists discovered the first glutamate taste receptors “and the physiological foundation of the umami taste sensation was clarified.” In other words, they found a link between umami and the human mouth and brain.

In one of Mouritsen’s papers, Umami flavour as a means of regulating food intake and improving nutrition and health, he explains that Ikeda eventually took out a patent for the production of pure MSG, which could be used as an additive in food products, and established the international company Ajinomoto. Today the company produces approximately two million tonnes of MSG each year.

As far back as the 1960s MSG was linked to certain symptoms. In Umami flavour as a means of regulating food intake and improving nutrition and health, Mouritsen says consumers reported numbness, tingling, flushing, muscle tightness, migraine headaches and for those with asthma breathing difficulties after consuming foods with MSG added as a flavour enhancer.

Since then, says Mouritsen, “it has become the most intensively studied food additive.” Over the decades and after numerous studies, scientists have concluded that “there is no consistent scientific evidence for any harmful effects of MSG.” In fact in Europe and in the U.S. various scientific bodies have declared MSG as safe.

What benefits does umami offer?

Simply put, says Mouritsen, umami makes food delicious. It’s easy to formulate with. And its use means chefs and food scientists (and even home cooks) can cut down on added salt, sugar and fat without food losing any of the food’s palatability. It could also see consumers eating more vegetables.

A more recent finding, says Mouritsen, is the glutamate receptors discovered throughout the human gastro-intestinal system. These receptors signal back to the brain when we are satisfied or satiated. This finding could see umami help in the fight against obesity by helping people control their food intake. But umami also stimulates the appetite and the release of saliva, which makes it good for mastication and digestion, something that is especially key for the elderly. In many cases, diseases they may suffer and medications they take can hinder their ability to taste, leaving them with a diminished appetite and poor health. New research is looking at how umami can stimulate their appetites and lead to improved health.