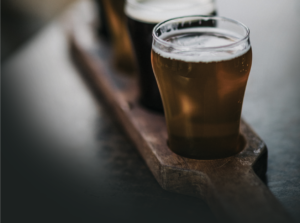 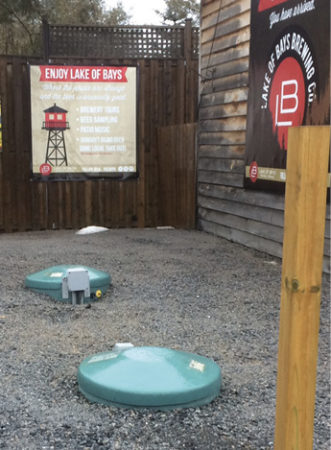 Craft beer continues its boom in this country, and there are no signs of it slowing any time soon. In 2013, there were 380 breweries across Canada. Today there are around 800. That’s a good thing for jobs, tourism and any Canadian wanting something different than a Blue or a Keith’s. But, as one craft brewer put it, there’s a “dirty little secret” associated with this boom that many craft brewers don’t want to talk about: a lot of water gets used and wasted before their beer actually reaches a pint glass.

According to Ontario environmental non-profit the Bloom Centre, a craft brewery with poor conservation policies could equal the water usage of 20,000 residents. Put another way, the average craft brewer uses up to eight litres of water just to make one litre of beer — and some a lot more than that (large brewers like Molson Coors typically use between three and five litres of water per litre of beer). 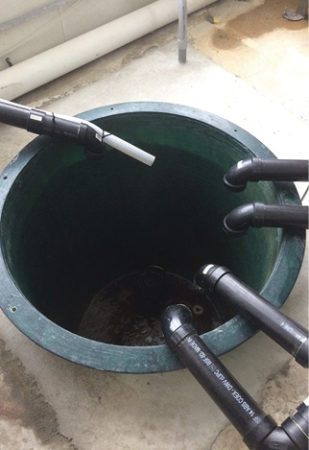 The bigger problem, however, could be wastewater — i.e. all of the byproducts of the brewing process like hops, yeasts, cleaners and beer itself that go down the drain. If left untreated, that stuff can seriously overwhelm and damage wastewater facilities. It can also cause nutrient pollution, which in turn can lead to large algae blooms and the depletion of water oxygen that fish need. When the Bloom Centre started its Water and Beer initiative in 2012 — a program meant to help brewers manage their water and resources — it found that some craft breweries’ wastewater was many times the strength that it should have been.

Baysville, Ont. Lake of Bays Brewing was one of them. When Darren Smith launched the brewery in this tiny Muskoka village in 2010, he wasn’t even thinking about wastewater. “Right when we first opened and were commissioning our production system, we had an incident where we had some beer that we made that we didn’t want to sell to the public. Not knowing any better, we put it right down the drain. That caused some serious issues at the wastewater plant, and so it was an issue on everybody’s radar right from the get-go.”

Smith says they tried a few different stop-gaps over the next few years, but as the brewery grew, so did its wastewater problem. By 2016, the municipality was knocking at the door again, saying they seriously needed to reduce the strength of what they were putting down the drain. And so they did, installing two large underground tanks right beside the brewery that can capture high-strength waste until it’s later trucked offsite. They also installed a flow balancing tank for low-strength discharge that can adjust the strength of that wastewater before it goes to the sewer.

But the biggest thing they did, says Smith, was getting brewery staff to think differently about what they were dumping. “We came up with a little rule of thumb called ‘colour, chunks and acid.’ If what you were about to put down the drain met any of those restrictions, it went to the high-strength drain. If not, it could probably go to the low-strength drain.”

So far, it’s all paid off. Smith says the strength of what’s now being sent to the municipality is 90 per cent lower than what it was. “I think they’re happy with us now.”

So why aren’t more municipalities knocking on those doors? “Because of the tourism aspects, the economic development,” says the anonymous source. “There’s always this tension within cities and regions and towns between economic development and environmental regulations.”

There is one notable exception, though: Vancouver. The city wants to become the greenest city in the world by 2020, so when commercial water consumption went up by 10 per cent between 2013 and 2014, something had to be said. And the city said that a part of that increase was due to the proliferation of craft breweries. The hope was that most craft breweries would reduce their water consumption to seven litres of water per litre of beer, or less.

A year later, the city also passed a wastewater bylaw specifically aimed at fermentation operations. It requires every brewery to remove solids from their wastewater, as well as monitor and treat wastewater pH, and pay treatment fees depending on their production volume.

As positive as these announcements were, however, the follow-through has been questioned by some. Take Luppolo Brewing Company, for example, which opened in craft-heavy East Vancouver in 2016. As they went through all of the bureaucracy of launching, no one mentioned water efficiency. “There was never any mention of it from any level,” says head brewer and co-owner Ryan Parfitt. “Maybe if you were a large brewery, they’d worry about it. But still, if you have 10 or 15 small breweries, that adds up to a lot of water consumption.”

The same is true on the wastewater side, says Parfitt. “A few times they’ve come and taken samples themselves, but I’ve heard nothing. And when they were taking those samples, they said to me, ‘We don’t know really what we’re looking for. We’re going to take these samples, look at them all, put them on a chart or a graph and try to make some decisions as to what our threshold is going to be for acceptable levels.’ That was two years ago.”

This hasn’t stopped Parfitt and other breweries in Vancouver from taking water management seriously, however. At Luppolo, they do everything they can to prevent clean water from going down the drain, recovering, for instance, heat exchanger and steam condenser water, and using refractometers instead of large volume gravity samples, which can waste a lot of water. They’re also looking into other measures like collecting rainwater to use for low-level cleaning.

Outside of Vancouver, some breweries are taking water management seriously of their own volition, too (though it should be noted that several breweries with stated water management practices on their websites were contacted for this story and never responded). Toronto’s Steam Whistle Brewing is one. In 2008, the company installed a new brewhouse that reduced water consumption by about 75 per cent, and recently they launched a program to conserve even more water through the installation of a new bottle washer, keg-filling line and shower heads on their packaging line.

Environmental stewardship has always been a focus at Steam Whistle, says VP of marketing Tim McLaughlin, but there’s an economic imperative at work here as well. “It’s something that just makes sense from a business standpoint because those efficiencies in terms of water also help contribute to the bottom line.”

Still, admits McLaughlin, it can be expensive to implement some of these efficiencies, and that’s likely another big reason why craft breweries — particularly the small ones — are unable or unwilling to do anything about reducing water consumption or properly treating wastewater.

It doesn’t have to be that way, however, says the anonymous source. “The challenge in the food and beverage space is that there are a lot of companies that are selling solutions that deal with the end of the pipe — like putting a treatment system at the end. If you’re not doing anything to make it weaker by improving your practices, then of course any quote you get to deal with it is going to be bloody expensive. So I think there’s a disconnect right now between some of the service providers not either wanting to or not having the time to understand the nuances of different sectors.”

Couple that with inaction from provincial and municipal authorities, and it’s a recipe for continued inertia, the anonymous source says.