Yes to edibles, not so fast to food companies 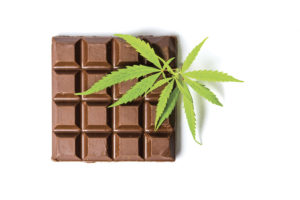 Conventional food clients regularly ask us about participating in the edible cannabis market. Many expect edibles to become a significant segment of the cannabis industry, and see opportunities to leverage existing resources to expand into edibles. Conventional food companies should be well positioned to innovate in one of the first legal edible markets. For example, a baked goods company may be interested in leveraging its facility for CBD-infused muffins or a beverage company may consider a THC-infused water product.

Notwithstanding the business opportunities, conventional food companies need to consider a number of hurdles before entering the edibles market. The most obvious hurdle is the requirement for a licence to process cannabis products under the Cannabis Act. This takes time and typically involves a financial investment to pull together the resources required to go through the process. As of writing this article, it seems that Health Canada is in a constant situation of backlog due to an overwhelming number of applications.

Health Canada also recently changed its approach to licence reviews. On May 8, 2019, Health Canada emailed licence applicants stating “[e]ffective immediately, Health Canada will require new applicants for cultivation, processing or sale for medical purposes licences to have a fully built site that meets all the requirements of the cannabis regulations at the time of their application, as well as satisfying other application criteria.” This change may limit the number of applicants in queue and therefore reduce the backlog; however, it could also have a detrimental effect on viable applicants. Specifically, if a company must build a facility before it is licenced, the facility is unlikely to generate revenue during the licensing process. At this time, it is unclear how much this change will impact licence application times and therefore how long such facilities are likely to remain unproductive.

Another financially challenging situation is that if the Proposed Regulations are adopted without change, companies could not manufacture cannabis edibles within the same building as a conventional food. The proposed requirement for a separate building in effect requires a conventional food company to invest in significant duplication of its resources to produce cannabis edibles. This restricts existing licenced cultivators from working with many food companies simply unwilling or unable to re-allocate resources to such a new facility.

Health Canada’s requirement for a separate building is intended to ensure cannabis doesn’t mistakenly enter the conventional food supply. Presumably, if cannabis is not in a building that manufactures conventional foods, then errors would not be possible. However, there may be reasonable alternatives that could mitigate this risk. If cannabis edibles were manufactured in a secure and separately contained area from conventional foods, then presumably it could have a comparable effect on the prevention of cross-contamination — without a separate building. Another approach could be the permissibility of manufacturing both conventional food and edibles in the same location, but never at the same time, with additional security and protocols.

In short, the proposed regulations do not seem to consider anything but the most extreme approach to cross-contamination prevention, nor the compounding effect of having to build such a facility prior to applying for a licence. Building a new facility is expensive, time-consuming, and could carry serious financial risk. Creating such a barrier for conventional food companies to participate in this new industry could mitigate economic opportunities for Canadians as a whole. While everyone wants to keep the health and safety of Canadians as a priority, the question that Health Canada should consider is whether there are other, less restrictive approaches that can achieve this goal in a manner that better supports Canadian businesses.