Craft brewers say: why not allow us stores of our own?

Ontario Craft Brewers propose a model that could the lead the way throughout North America: allowing craft brewers to open their own off-site stores as a way to increase fairness in Ontario in the way beer, alcohol and wine are sold 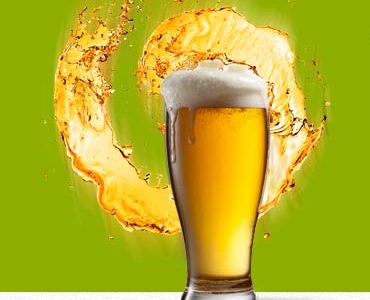 Toronto – The Ontario Craft Brewers (OCB) have proposed an idea: how about opening craft beer stores in Ontario?

The debate over the unfairness to smaller brewers in Ontario in the way beer,

wine and alcohol is sold is still a hot topic.

Ontario’s premier, Kathleen Wynne, has appointed an expert panel to look at how retailing takes place in the province. While she’s still waiting on that report, she hasn’t exactly said no to the OCB, says CBC.ca.

The Toronto Star began investigating The Beer Store’s ownership and ties to political parties – a series that opened up the debate and gave a behind the scenes look.

The Beer Store, says TheStar.com, is 49-per-cent owned by Labatt Brewing Company Ltd., a subsidiary of Anheuser-Busch InBev of Belgium. Another 49 per cent stake is held by Molson Coors Canada, controlled by Molson Coors Brewing Co., incorporated in Delaware and headquartered in Colorado (it also keeps corporate offices in Montreal). Japanese-owned Sleeman holds the remainder.

The OCB has proposed that the government allow established craft brewers the right to open at least one off-site store per brewery along with the ability to sell each other’s products in them and in their existing on-site brewery stores.

In a statement, the OCB adds that the ability to sell in this complementary channel will help grow the industry of 150+ small, independent and entrepreneurial craft breweries that are operating throughout the province, with more planned and opening on a steady basis. This new channel would also directly impact the growth of the emerging local hop industry, which is also expanding across the province.

OCB also suggests that, to accommodate other craft producers with similar needs, some of the brewery store shelf space should be dedicated to their products such as cideries, craft distilleries, etc.

According to the OCB, in 2013, there were approximately 1,000 direct craft brewery jobs in Ontario with a share of about four per cent for premium-priced craft products. Comparisons to other jurisdictions show shares ranging from six to 30 per cent for craft products. Also, the specialty product/premium priced category in Ontario is easily over 20 per cent and much of it is produced outside of Ontario. Consequently, there is plenty of room for growth and job creation, with no local job offsets.

“We believe our share could double or triple in the next few years, as our access improves,” says Darren Smith, President of Lake of Bays Brewing and vice-chair of the OCB.

This would mean an additional 1,000 to 2,000 new direct brewery jobs. In addition, each off site store will generate another four to five direct jobs, at no cost to government.

The OCB sees the stores opening in or near other retailers or in the downtown cores of smaller communities, who could use a boost in retail. The craft-brewery stores would complement the stores owned by large chains and corporations.

The OCB also adds that craft beer off-site stores owned by local Ontario craft brewers would keep profits in the province, allow for the abundance of stock keeping units (SKUs) offered by craft brewers and provide an entrepreneurial environment in which the beer can stay fresh and be marketed in unique and enterprising ways.

“This concept would provide an ideal addition to the existing and proposed mix of options,” says John Hay, president of the OCB.

“It is a model that could lead the way throughout North America in innovating ways to give small, local brewers a real boost. It costs the Ontario government nothing and in no way threatens any of the larger chains, either existing or proposed.”