Water droplets could be next weapon in fight against food pathogens

Scientists at Harvard have engineered water droplets into tiny chemical-free "bombs" that when they bounce on toxic microorganisms, they zap them out of existence 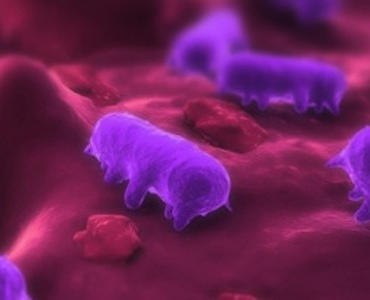 Cambridge, Mass. – Something as small and seemingly innocuous as water droplets could be a “game changer” in the food industry’s fight against toxic organisms.

Scientists at the Laboratory for Environmental Health NanoSciences at Harvard T.H. Chan School of Public Health say a new technology they’ve been 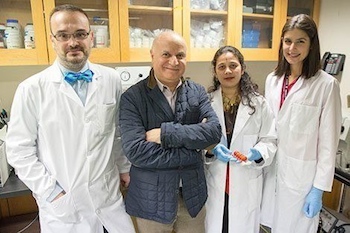 working on uses nano-size, charged water particles called Engineered Water Nanostructures (EWNS). The EWNS can inactivate foodborne bacteria, such as E. coli, Salmonella, and Listeria, on both stainless steel surfaces and on the surfaces of tomatoes.

On the Harvard School of Public Health website, the scientists say they found a dose-response relationship in the study, that is, the more EWNS they used and the longer the EWNS were in contact with the pathogens, the more the deadly bugs were destroyed.

Results from the study suggest that the new nanotechnology based approach could provide an environmentally friendly and inexpensive alternative to current food decontamination methods, which often involve substances containing chlorine or ammonia that can leave unhealthy residue on produce.

“This new method is chemical-free, leaves no residues, and uses very little electricity.”

The scientists also say that preliminary findings suggest that inhalation of EWNS appears to be safe — in a study led by Demokritou and his team last year, the researchers found that mice exposed to inhaled EWNS showed no adverse lung injury and inflammation at doses higher than those used in airborne bacteria inactivation experiments.

How EWNS are produced

Demokritou and his team spent three years developing the EWNS. They are produced by aerosolizing water and passing it through a strong electric field, in a process called electrospraying.

The resulting “engineered” particles are just 25 nanometers in diameter, 4,000 times smaller than the width of a human hair. They remain airborne in indoor conditions for hours due to their high electric charge and contain substances called Reactive Oxygen Species (ROS) that are generated during their synthesis by splitting water molecules apart. Their nanoscale size makes the nanoparticles highly mobile.

They are, in essence, like tiny bombs that can move around and interact with microorganisms on fresh produce. When they bounce onto toxic microorganisms, they zap them out of existence, Demokritou explains. After they destroy the pathogens, they disintegrate back into water vapour, leaving no chemical residues.

Georgios Pyrgiotakis, research associate in the Department of Environmental Health and first author of the new study, explains that the team experimented with two different ways of delivering EWNS on surfaces.

In one method, EWNS were delivered to surfaces via diffusion by simply allowing EWNS to move around and find bacteria on surfaces; in another, an electric field was used to steer the EWNS — using their electric charge — directly onto test surfaces. The latter targeted delivery method proved quicker and more effective.

The researchers say their next steps will be to refine and scale up their new food decontamination method. They’ll figure out how much time and how many EWNS are needed for maximum pathogen destruction, and they’ll test the method on other kinds of food pathogens and spoilage microorganisms.

Demokritou says he envisions products using EWNS to eliminate food pathogens at any point along the “farm-to-fork” continuum — after the food has been harvested, during transport, at supermarkets, or in home refrigerators.