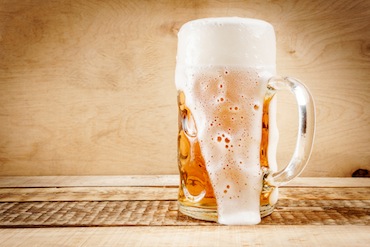 TORONTO—Steam Whistle Brewing, one of Ontario’s most-established and accomplished craft brewers, is bringing together 33 independent craft brewers from across Ontario for a celebration of the province’s beers with The Roundhouse Craft Beer Festival.

Taking place August 11-12, 2018 at Roundhouse Park in the heart of downtown Toronto, this weekend-long event that includes some of the city’s finest food trucks and live entertainment. Proceeds from the festival will support the Toronto Railway Heritage Museum.

“When we look around Ontario, we can’t help but be excited at the number of craft brewers that have shown a commitment to traditional brewing practices,” says Steam Whistle Brewing director of marketing Tim McLaughlin. “The sector has grown exponentially in recent years, giving beer lovers a diversity of choice the likes of which they have never before seen.”

The Roundhouse Craft Beer Festival will only showcase beers from breweries that are independently owned and brew in smaller batches using artisanal styles and all-natural, undiluted quality ingredients.

The roster of participants joining Steam Whistle at The Roundhouse Craft Beer Festival is a who’s who of Ontario beers, including:

The event will include a Bluegrass Brunch on August 12, with free pancakes at 11AM to visitors to enjoy along with the sounds of Toronto-based band Dirty Dishes. Other live music acts slated to appear on the Exclaim! Magazine Stage include pop rockers Good Kid, indie

Sunday will also include Yoga Untapped, a yoga class in the Steam Whistle Hall hosted by LuluLemon. A ticket to spend an hour getting stretchy and bendy inside the Roundhouse is also good for admission to The Craft Beer Festival outside the Roundhouse.

For more information or to buy tickets for the event, visit www.craftbeerfest.ca.