The return of uncertainty

Two natural, and one, distinctly unnatural, factors have brought back uncertainty and volatility to the commodity markets. The natural disasters are excess rain and flooding in the Midwest and African Swine Fever (ASF) in China. The two are related in their uncertainty.

We will likely never know how many Chinese pigs were lost to ASF, but sources estimate as much as 30 to 35 per cent of the herd, which would be approximately 150 per cent of U.S. and Canada’s production combined. ASF has spread to Vietnam and now North Korea. This will have a huge impact on the demand for feed, and potentially, the demand for pork, chicken, turkey, and other meats.

But it will also affect demand for feed by a country who has a large stockpile of corn but, reportedly, is suffering armyworms in its current crop.

Excess moisture in the U.S. raises the spectre of substantially reduced supply that, along with the usual overreaction of hedge funds to get short, is creating a rally as the shorts try to get out and limit their losses.

My experience is to buy the rumour and sell the fact; when the sun comes out, “flood makes mud” will turn into “rain makes grain.” We’ll see a correction to the overreaction to the upside.

The third factor is the increasingly aberrant resident of the U.S. Whitehouse. The natural disasters will correct themselves. Trump will only be corrected when Republican Senators figure out that he is leading his party and country down a rat hole. 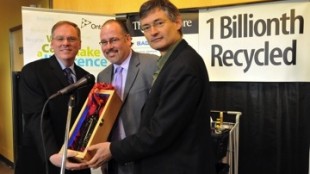