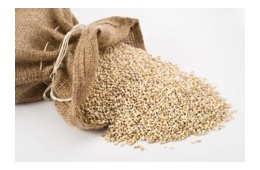 It started with a chemist and nutritionist who wanted to develop new and tasty whole-grain oat or barley breads that offer vitamins, antioxidants, fibre and other healthful components in an array different from that found in today’s whole-wheat breads.

In preliminary experiments, the team made experimental all-oat or all-barley breads, as well as whole-wheat breads, using a commercially available, plant-derived carbohydrate known as hydroxypropyl methylcellulose or HPMC.

The team is interested in HPMC as a substitute for gluten, a compound present in wheat but lacking in other grains such as oats and barley.

But, says the ARS, HPMC can perform that essential biochemical chore, too.

The team also determined that barley, oat, and whole-wheat breads made with HPMC had cholesterol-lowering effects. They found this in tests with laboratory hamsters that were fed a high-fat diet and the experimental breads.