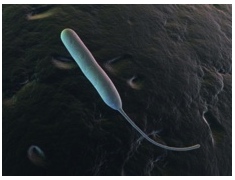 The Food Standards Agency in the U.K. announced in June that it had identified campylobacter as its key food safety priority for the next five years. The agency will work with the food industry in the U.K. to tackle the issue.

The agency released a draft proposal called Foodborne Disease Strategy, which is a roadmap for reducing all types of food poisoning in the U.K. by 2015.

The draft proposal also says that the increased prevalence of the bug campylobacter, found on raw chicken, is the biggest challenge for food safety in the U.K.

On its website, the agency says a strong partnership with food businesses in the U.K. and agreements on new intervention measures across the food chain will be the key to success.

The agency conducted a study recently and found that 65 per cent of raw shop-bought chicken was contaminated with campylobacter.

An estimated 300,000 cases of food poisoning are attributed to the bug every year in England and Wales alone.

• Working closely with the UK food industry to trial new intervention measures on the farm, in slaughterhouses and at retail level;
• Setting a new target for reducing the levels of campylobacter on chicken by 2015; and
• Helping to ensure people can protect themselves from infection with campylobacter by making sure they are aware of the need to avoid cross-contamination when handling raw chicken and to cook chicken thoroughly

In addition to the fight against campylobacter, the Foodborne Disease Strategy outlines a full five-year program for the reduction of food poisoning cases from all sources.

In the U.K. every year, around one million people suffer a foodborne illness, leading to 20,000 needing hospital care and around 500 deaths.

The Agency is consulting on the details of the strategy with a view to publishing the final version later this year.