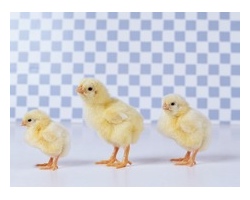 The U.S. Department of Agriculture (USDA) wants to see thousands of illnesses prevented and has announced new performance standards to help. The performance standards, which were announced May 10, aim to reduce Salmonella and Campylobacter in young chickens (broilers) and turkeys.

The USDA’s Food Safety and Inspection Service (FSIS) also released a compliance guide to help the poultry industry address Salmonella and Campylobacter and a compliance guide on known practices for pre-harvest management to reduce E.coli O157:H7 contamination in cattle.

The performance standards set a level in percentage of samples testing positive for a given pathogen an establishment must achieve and play a key role in reducing the prevalence of foodborne pathogens and preventing harm to consumers.

The President’s Food Safety Working Group has set a goal of having 90 per cent of all poultry establishments meeting the revised Salmonella standard by the end of 2010.

By revising current performance standards and setting new ones, FSIS is encouraging establishments to make continued improvement in the occurrence and level of pathogens in the products they produce.