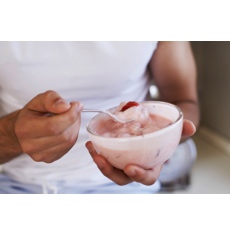 Omega-3 is one of the most successful function ingredients ever introduced. That’s the opinion of researcher Euromonitor, which notes that sales of omega-3 fatty acid ingredients for processed foods have remained unchanged by the global economic downturn.

Sales of omega-3 ingredients grew 10 per cent from 2008 to 2009, with raw volumes growing from 12,054 tonnes to 13,218 tonnes in 2009. The biggest jump was in Asia, where volumes grew by 30 per cent to 850 tonnes. In the U.S. volumes grew 22 per cent. Approximately half of global omega-3s for food products are currently consumed in Europe, where there is a large market for dietary supplements.

Euromonitor predicts the market for omega-3 will grow 24 per cent between 2009 and 2014, with expected volumes peaking at 16,332 tonnes. The researcher also notes that growth will be strongest in emerging markets such as Saudi Arabia, India, Mexico and China, by 182 per cent, 170 per cent, 126 per cent and 98 per cent respectively.