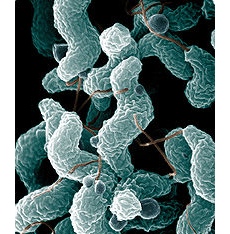 U.S. scientists have developed a way to distinguish Campylobacter, a foodborne pathogen, from other microorganisms as quickly as 24 hours after a sample is placed on solid media in a Petri dish. The scientists, who are with the Agricultural Research Service (ARS), published their study in the journal Sensing and Instrumentation for Food Quality and Safety.

What is hyperspectral imaging

The team used a technology called hyperspectral imaging that combines digital imaging with spectroscopy to provide hundreds of individual wavelength measurements for each image pixel.

According to the study, microorganisms grown on solid media carry unique spectral fingerprints in the specific portion of the electromagnetic spectrum.

A hyperspectral imager identifies these fingerprints by measuring light waves that bounce off or through these objects.

Unlike the human eye, which sees only visible light, hyperspectral imaging can detect visible light as well as light from the ultraviolet to near-infrared ranges.

Hyperspectral imaging may also be applicable to other pathogen detection studies.

Campylobacter infections in humans are a major cause of bacterial foodborne illness throughout the world.

Growing Campylobacter directly on solid media has been an effective method to isolate this organism, but distinguishing Campylobacter from non-Campylobacter microorganisms is difficult because different bacteria can often look very similar.

The research team developed the imaging technique to detect Campylobacter colonies on solid media in 24 hours.

Normally, isolation and detection for identification of Campylobacter from foods like raw chicken involve time-consuming or complicated laboratory tests that may take several days to a week.

This “sensing” technology, which was nearly 100 per cent accurate with pure cultures of the microorganisms, could be used for early detection of presumptive Campylobacter colonies in mixed cultures.

The researchers are working toward developing a presumptive screening technique to detect Salmonella and Campylobacter in food samples.