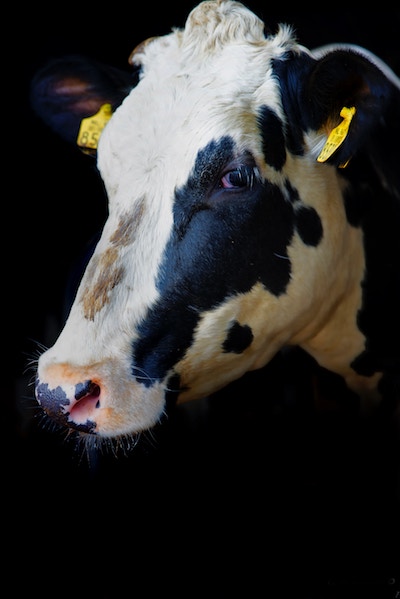 Changes to Canadian dairy supply management in the final text of the new U.S.-Mexico-Canada Agreement give up oversight of the system to the U.S., Canada’s dairy farmer group warns.

The trade deal, signed Nov. 30 in Buenos Aires by Prime Minister Justin Trudeau, U.S. President Donald Trump and Mexico’s outgoing President Enrique Pena Nieto, now goes to the respective countries’ legislatures for approval before it can be brought into force.

The Reuters news service reported Friday that USMCA’s “finer points” and wording were still not agreed upon just hours before the signing ceremony at the G20 summit.

“In the latest iteration of the USMCA, Justin Trudeau failed the Canadian dairy sector again by giving up oversight to the U.S. in the administration of our dairy system, and thus our sovereignty as a nation to develop and roll out our own domestic policies,” Dairy Farmers of Canada president Pierre Lampron said in a statement Friday following the signing.

“In spite of assurances by the federal government to the dairy sector that U.S. oversight had not been negotiated and would not be in the final agreement, they gave it up nonetheless.”

The federal government said Friday the deal “will preserve existing agriculture commitments between Canada, the U.S. and Mexico, and help bring together an already highly integrated industry.”

However, the government added, “as part of the overall balance of concessions” in the new deal, Canada has agreed to new market access in the form of tariff rate quotas for U.S. dairy, poultry and egg products.

The deal signed Friday also requires Canada to eliminate its current milk classes 6 and 7, the government said. Component prices for “certain products” in those classes will now be calculated using a U.S. reference price.

“Any American oversight of our Canadian dairy system would undermine Canada’s food sovereignty,” NDP agriculture critic Alistair MacGregor said in the same release. “How can they even consider signing this agreement that not only gives away more access to our domestic dairy market, but also lets the Americans dictate our dairy policies?”

With USMCA’s dairy concessions on top of those from the Canada-EU trade pact (CETA) and Trans-Pacific Partnership (CPTPP), Lampron said, “the combined concessions to other countries to our domestic dairy market is close to 20 per cent.”

Trudeau, Singh said, “has given in to Donald Trump and given up the last lever Canada had to protect farmers (and) dealt a devastating blow to supply management.”

The government’s decision “will have a lasting effect on our domestic dairy sector,” Lampron said. “This is nothing less than handing Canada’s sovereignty to the U.S. It is truly a dark day in the history of dairy farming in Canada.”

The government on Friday also released the text of a “side letter” on USMCA written by U.S. Trade Representative Robert Lighthizer, committing Canada to “ensure” that the British Columbia government changes certain rules related to retail wine sales.

Specifically, Lighthizer wrote, by Nov. 1 next year, B.C. “shall eliminate the measures which allow only B.C. wine to be sold on regular grocery store shelves while allowing imported wine only to be sold in grocery stores through a so-called ‘store within a store.’”

The U.S. last year had launched an action at the World Trade Organization over the B.C. policy, alleging it “limited sales opportunities for U.S. wine in Canada and gave a substantial competitive advantage to local wines.”

Lighthizer said Friday the U.S. would drop its WTO case if B.C. meets the commitments in the side letter, but would resume the panel selection process at the WTO Dispute Settlement Body if B.C. doesn’t follow through.

Meanwhile, the federal government on Friday pointed to “a number of beneficial outcomes for agriculture” in USMCA, including new market access through tariff rate quotas for refined sugar and sugar-containing products.

The deal also provides for a “modernized” committee on agriculture trade, which will “provide a forum for parties to address issues and trade barriers,” the government said. It also creates “obligations for agricultural biotechnology that will increase innovation, transparency and predictability.”

The government also noted the USMCA preserves dispute settlement mechanisms which U.S. negotiators had reportedly sought to change or eliminate from the North American Free Trade Agreement (NAFTA) it replaces.

The deal, the government said, preserves the use of binational panels to resolve disputes on countervailing and anti-dumping duty matters.

Maintaining the use of those panels, the government said, is “critically important to preserving market access outcomes and defending Canada’s interests in trade remedy cases.”

USMCA, the government said, also preserves NAFTA’s state-to-state dispute settlement process and “improve(s) elements of this process including with respect (to) transparency and expediency.”

“Our job as a government is to safeguard economic gains and prevent economic threats, and that is what we’ve done with the new agreement.”

Export-minded farm commodity groups represented by the Canadian Agri-Food Trade Alliance (CAFTA) said Friday it “looks forward to its participation in the processes for the ratification and implementation of the new accord.”

Under USMCA, CAFTA said, “the tariff-free access for our members’ exports which exists under NAFTA will be retained as will other important provisions of NAFTA, such as the important mechanism for dispute settlement known as Chapter 19.”