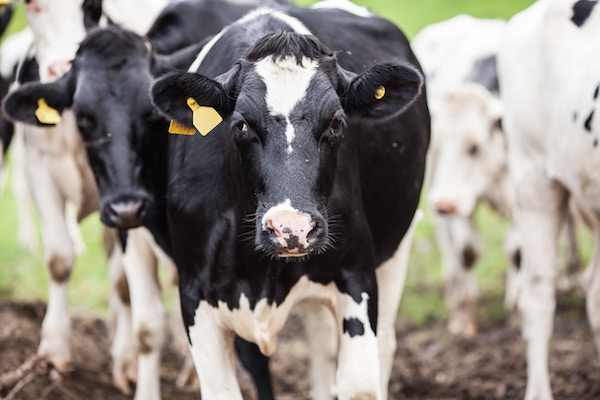 Responses from Canada’s farm sectors range from acceptance to anger as concessions and market access granted under the successor to the North American Free Trade Agreement (NAFTA) come into clearer view.

Dairy: ‘Who needs an enemy?’

The new agreement, announced Sunday and dubbed the United States-Mexico-Canada Agreement (USMCA) by the U.S. government, is expected to put an end to Canada’s milk pricing Classes 6 and 7 and create additional tariff rate quotas “exclusively” for U.S. dairy products over and above existing levels, according to the U.S. Trade Representative’s office.

In each of those categories, access for U.S. tonnage will increase by one per cent for an additional 13 years, the USTR said in a release.

U.S. whey will get 4,134 tonnes of additional access by year six of USMCA, growing one percent for an additional four years, the USTR said, adding whey’s over-quota tariff is to be eliminated in 10 years.

The U.S. pledges to provide “reciprocal” access on a ton-for-ton basis for imports of Canada’s dairy products through “first-come, first-served” tariff rate quotas, the USTR said.

One of the U.S. government’s stated key objectives in NAFTA renegotiations was the elimination of Canada’s milk price class 7, which along with class 6 is to be eliminated six months after the USMCA enters into force.

Canada “will ensure that the price for skim milk solids used to produce nonfat dry milk, milk protein concentrates, and infant formula will be set no lower than a level based on the U.S. price for nonfat dry milk,” the USTR said.

The agreement also binds Canada to “adopt measures designed to limit the impact of any surplus skim milk production on external markets.”

Those measures, the USTR said, include resuming Canada’s program to use skim milk domestically as animal feed — and a “new commitment” to cap exports of skim milk powder, milk protein concentrates and infant formula.

For skim milk powder and milk protein concentrates, the aggregate export cap will be 55,000 tonnes in the first year after USMCA enters into force, falling to 35,000 in the second year. Exports beyond that threshold will be subject to an export surcharge of 54 Canadian cents per kilogram.

For infant formula, the export cap will be 13,333 tonnes in the first year, rising to 40,000 in the second and subsequent years, subject to a surcharge of C$4.25/kg on any export overages.

Both caps, the USTR said, will rise by 1.2 per cent a year, “an amount equivalent to Canada’s historical population growth.” Canada is also committed to discuss “any matter” related to this mechanism upon the U.S. government’s request. Both countries will review the agreement five years after its entry into force and “every two years thereafter.”

Canadian dairy groups were quick to respond to the trilateral deal’s announcement. “Essentially, this will not fix a broken American system that continually overproduces milk,” Alberta Milk said in a release. “Our Canadian farmers will suffer and no wide-ranging long-term benefits will be seen in American dairy; it will remain broken.”

“Over the past year and a half, we have repeatedly heard our government state that it would stand up for the Canadian dairy sector. However, what was agreed to last night demonstrates very little support for our interests,” Dairy Processors Association of Canada CEO Mathieu Frigon said in a separate statement Monday.

Dairy co-operative Agropur’s president Rene Moreau, for one, said separately that the “constant changes to trade agreements to which Canada is a party (are) increasing the level of uncertainty and greatly complicating long-term planning of our investments in our Canadian facilities.”

“Today, the message sent to our passionate, proud and quality-conscious farmers and all the people who work in the dairy sector is clear: they are nothing more than a bargaining chip to satisfy President Trump,” Dairy Farmers of Canada president Pierre Lampron said Monday.

Chicken Farmers of Canada said it was also “very disappointed” with the “unprecedented” additional access conceded for dairy products and “shares the concerns that these changes will impact the overall supply management system in Canada.

“When increased levels of market access are granted to supply management sectors, it weakens the import control pillar of the system, which allows farmers to safely predict imports and ensure that they produce enough to satisfy our country’s needs.”

“Successive Conservative and Liberal governments in Canada have protected supply management while causing a death by a thousand cuts,” dairy farmer Jan Slomp, vice-president for policy for the National Farmers Union, said in a separate release Tuesday. “If this is support from a supply management-friendly government, who needs an enemy?”

Poultry and eggs: ‘Uncertainty is over’

The USMCA also commits Canada to open up additional tariff rate quotas (TRQs) specifically for U.S. chicken and eggs, including an additional 57,000 tonnes of chicken by year six of the agreement, rising one per cent for an additional 10 years.

The deal also provides additional TRQs for 10 million dozen U.S. eggs and “egg-equivalent” products in year one, growing one per cent for an additional 10 years. Canada has agreed to allow 30 per cent of import licenses for shell egg imports to be granted to “new entrants,” USTR added.

On top of those country-specific TRQs, the USTR said, the U.S. remains eligible to export up to 39,844 tonnes of chicken and up to 21.37 million dozen egg and egg-equivalent products under Canada’s World Trade Organization (WTO) TRQ regime.

Under the USMCA, Canada has also agreed to provide the U.S. and “other country members” of the WTO with turkey market access “equivalent to no less than 3.5 per cent” of the previous year’s total Canadian turkey production, the USTR said.

For the U.S., that translates to additional allowable turkey product exports of up to 1,000 tonnes per year for the next 10 years compared to current access levels, plus “potentially more thereafter.”

The USMCA also maintains U.S. market access for broiler hatching eggs at 21.1 per cent of Canadian domestic production, a level previously agreed to under the Canada/U.S. Free Trade Agreement.

“These concessions offer very little value to Canadian consumers who have said time and time again that they want Canadian eggs,” Egg Farmers of Canada chairman Roger Pelissero said in a release. “Yet the very farm families who make sure high-quality, locally produced eggs end up on our tables will see their livelihoods weakened.”

“Despite the fact Canada’s chicken sector is giving up additional access, chicken farmers are relieved that over a year of uncertainty over the future of the agricultural landscape in Canada is over,” Chicken Farmers of Canada said in a separate release.

That said, the USMCA concessions “will result in an increased market access of over 12 million kg” for U.S. production, on top of existing WTO access and additional access granted under the Trans-Pacific Partnership (CPTPP) agreement, “representing more than 10.7 per cent of our existing production,” CFC noted.

Canola and margarine: ‘Processes have changed’

The USMCA calls a halt on tariffs for margarine in five years, the USTR said, and the margarine rule of origin, as applied to trade between the U.S. and Canada, will allow for the use of “non-originating” palm oil in margarine manufacturing.

“At first glance, we’re pleased that open trade for canola will continue and that we’ll now be able to export further-processed products like margarine without tariffs being applied,” Canola Council of Canada president Jim Everson said in a separate release.

Canola seed, oil and meal will remain “free of tariffs,” the CCC said, while further-processed products such as margarine will trade freely due to “modernized” rules of origin.

“Manufacturing processes have changed since the original (NAFTA) was negotiated, and the USMCA has been updated so that margarine produced in Canada can meet the rules of origin required for tariff-free access,” the council said.

The USMCA binds Canada to grade imports of U.S. wheat “in a manner no less favourable than it accords Canadian wheat, and to not require a country-of-origin statement on its quality grade or inspection certificate,” the USTR said.

Canadian grain industry groups that had pressed for such changes hailed the move. Grain Growers of Canada said the updated agreement “will remove legal barriers that prevent grain grown on both sides of the border from being treated equally.”

Cereals Canada president Cam Dahl described the move as “a modernization that addresses issues that did not exist when the original NAFTA was drafted.”

Dahl noted there had been “some concern that the adjustments to the grading system would undermine Canada’s classification system for wheat. This is not the case as the agreement continues to allow both countries the ability to develop national policy.”

“The USMCA will require legislative and regulatory changes in order to ensure that the 2019 harvest is dealt with on a level playing field,” the Western Canadian Wheat Growers said in a separate release. “It is anticipated that this will lead to greater simplification of the Grain Act (and) fewer barriers to trade as well as more open and free markets.”

The three countries under the USMCA have also agreed to “strengthen disciplines for science-based (sanitary and phytosanitary, or SPS) measures, while ensuring parties maintain their sovereign right to protect human, animal, and plant life or health,” the USTR said.

The new agreement also commits all three countries to set up a new mechanism for SPS technical consultations to resolve issues between the parties.

Overall, the Canadian Federation of Agriculture noted “beneficial results” have been shown for “some sectors within agriculture,” such as increased U.S. market access for Canada’s sugar beet producers, but “initial indications suggest the livelihood of producers in Canada’s supply managed sectors will be hurt by the concessions included within this new trade deal.”

CFA said it had “continually recommended a ‘do no harm’ approach to the agricultural terms of the agreement, advocating for regulatory modernization to help relieve logistical barriers to trade” but issues such as meat re-inspection at the border “were not addressed.”

CFA said it’s “relieved” to see the Chapter 19 dispute settlement mechanism has been maintained, as it “remains essential to all sectors that conduct international trade between the three USMCA countries.”

“While negotiations always involve some give-and-take, right now it seems like the USMCA negotiations missed a key opportunity to relieve some non-tariff barriers to trade, which would have been a great help to farmers from every country involved in the deal,” CFA president Ron Bonnett said.

“Couple that with more market access being given to the U.S. in our supply managed sectors and there aren’t many farmers under supply management who are happy right now.”