An agreement is an important step forward for the hundreds of thousands of farmers, ranchers, food manufacturers and agri-food exporters who rely on free and open trade and have felt the impact of continued uncertainty.

At first glance, there will be some improved access for Canada’s agri-food exports to North American markets. Maintaining fair dispute settlement mechanisms is one success that is valuable for stable agri-food trade. We will be reviewing the details and working with the Canadian government to continue modernizing North American agri-food trade where success was not achieved.

With this agreement, we look forward to stability returning to our integrated North American agri-food supply chains. The imposition of tariffs and uncertainty over the last several months has been challenging. In Canada, food and beverage is the largest manufacturing employer, more than the automotive and aerospace sectors combined. Agri-food manufacturing jobs and a prosperous agri-food sector go hand in hand.

One of the biggest lessons learned over the last several months is that Canada must intensify our efforts to diversify our trade and open offshore markets for our exporters. The consequences of relying on the U.S. market have been made clear. That is why we strongly support the swift ratification of the Comprehensive and Progressive agreement for Trans-Pacific Partnership and other trade diversification efforts, in particular in Asia.

We appreciate the tireless work of Minister Chrystia Freeland and the Canadian negotiating team on reaching a deal with our North American trading partners. Our team Canada approach, including the efforts of agriculture Minister Lawrence MacAulay, helped achieve the result we have today.

Image by Nicoguaro [CC BY 3.0 (https://creativecommons.org/licenses/by/3.0)], from Wikimedia Commons 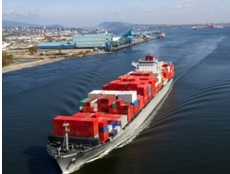