Agri-food exporters want CETA to live up to its commitments 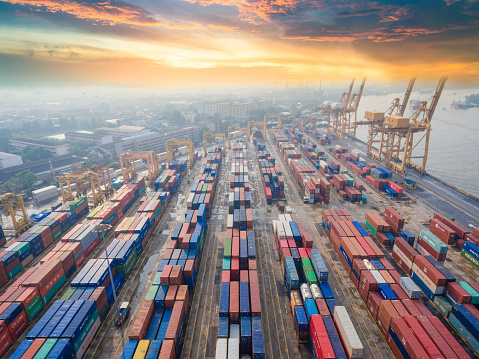 “That’s why Canada’s agri-food exporters remain optimistic about the promise of the Canada-European Union Comprehensive Economic and Trade Agreement (CETA). Gaining improved access to the EU market was a core benefit of the deal for Canada and our members have been excited about the opportunities.

“Early results of the CETA remain mixed. While increases are recorded for some grain exports to the EU from eastern Canada, overall durum wheat exports into Italy, one of Canada’s top grain exports to the EU, have dropped by about 68 per cent  from 920,000 tonnes in 2016 to under 300,000 tonnes in 2018. Canadian pork and beef exports increased respectively by 107 per cent and 113 per cent from 2017 to 2018. They appear to be impressive growth percentages but they are starting from a very small base and remain well short of the potential trade.

“Canadian agri-food producers also take note of the increasing level of EU food products being imported into the Canadian market. EU exports to Canada rose by almost 10 per cent in 2018 compared to a year earlier, increasing the trade deficit to $3.5 billion in favour of EU exporters.

“CAFTA members believe in two-way trade and seeing both sides in an agreement be successful. However, it is clear that more work remains to be done to facilitate Canadian agri-food exporters taking full advantage of the agreement. Such work includes achieving mutual recognition of meat processing systems, developing protocols to verify livestock production practices, addressing misaligned regulation of crop protection products, more predictable and timely review of seed technologies and ensuring country of origin labeling requirements are not applied in a trade restrictive manner.

“The consequences of these non-tariff barriers are real – they’re shutting out a significant portion of Canadian agri-food exports from the EU market. Despite CETA being in force for nearly two years, commercially viable access to the EU remains elusive for many Canadian agri-food exports. In fact, 2018 export stats show that EU agri-food imports from Canada are down 10 per cent since CETA was implemented. The massive drop in Canadian durum exports to the EU is the result of Italy’s protectionist country-of-origin labelling regulations.

“Fortunately, CETA has built-in mechanisms to address issues through dialogue. We are pleased to see Prime Minister Trudeau engaging with Presidents Tusk and Juncker as well as International Trade Diversification Minister engaging with EU Trade Commissioner Malmström in Canada this week. We urge these leaders to place a priority on finding ways to increase trade in agri-food products that benefits both sides and provide Canadian agri-food exporters commercially viable access to the EU market so that the promise of CETA can be fulfilled. As a follow-up to this week’s Leaders’ Summit, CAFTA would look forward to the CETA Committee on Agriculture setting out an ambitious work plan.