Before heading out for the day, if you find yourself going to your cupboard and picking out a variety of healthy, portion-controlled snacks to eat later – during breaks or as part of on-the-go meals – you’re far from alone. In fact, you’re riding the edge of the leading snack food consumption trend in Canada.

Consumers are increasingly purchasing single-serving, multi-unit packages at the grocery or big-box store for eating later, in an effort to achieve a multitude of important food-related goals. Most importantly, bringing along a “portable pantry” allows you to avoid trips to the corner store, cafeteria or vending machine during the work day, all of which generally offer more costly and less nutritious alternatives. It also helps steer clear of impulse snacking and meal temptations. As more time-starved Canadians tighten their belts financially, they’re also increasingly turning to these “bring along” snacks and baked goods to provide the ultimate in simplicity and convenience in the quest to eat healthy – while staying at their desks to get more done.

Just Grab and Go
In its Snacking in Canada 2008 Report – Executive Summary, research and consulting company NPD Group Inc. defines this new consumption pattern as the “Pick’n’Pack” meal. According to the report, the meal is “primarily one that is prepared at home and taken out of the home to eat, such as a brown bag lunch, that is comprised primarily of pre-made, pre-packaged foods…(that likely come in a multi-pack), that can be simply picked from the cupboard or refrigerator and packed into a carrying receptacle.” The use of Pick’n’Pack meals, says the NPD, “has led to the decline of meals being skipped, therefore driving up the consumption of snack-oriented foods overall, across nearly all age groups.” A well-established habit among Canadians to bring fresh fruit from home is a significant driver for this shift from instant consumption of snack and meals to a pantry-loaded strategy. According to the NPD, this is because consumption of “fresh fruit is much more likely to be planned than immediate.”

Cambridge, Ont.-based Frito Lay Canada is one of many companies catering to this trend. Many of its popular products, including SunChips, Doritos and Baked! Cheetos, are now available in 100-calorie, single-serve multi-packs. “In 2009, we will expand our 100-calorie packs to include Ruffles and Smartfood,” says Frito Lay spokesperson Sheri Morgan, adding “Our sister brand, Quaker, offers several portion-controlled snacks including Quaker Granola Crunchers, Quaker Crispy Minis and Quaker Crispy Delights.”

While Canada’s burgeoning population of baby boomers and seniors is also driving the popularity of single-serving multi-packs – mainly because they like the portion control and freshness – this segment also displays another strong purchasing pattern. NPD reports that “As consumers age, they want to eat an increasing number of the meals at home…[and therefore] large pack sizes continue to capture a lion’s share of the eating occasions because there are naturally more eatings per bag than a smaller, single-serve portion…the large packs may be more and more attractive for those types of occasions where portability is less of an issue.” Older consumers may also be more willing than younger and busier consumers to buy larger packages of snacks and baked goods and pack their own portable single servings to take out the door.

NPD also notes that Canada stands apart in this trend compared to the U.S. According to its report, “Canadians historically have always carried more meals from home than Americans because of the well-developed [American] cafeteria system and their generally greater reliance on foodservice. This is a significant difference – four per cent of snack meals are carried from home versus 18 per cent in Canada.”

In comparison to the trend toward daytime snacking, the NPD observes that Canada has experienced a decline in evening snack consumption “for the past six years,” which relates most to “the salty snack categories which rely heavily on this day-part.” 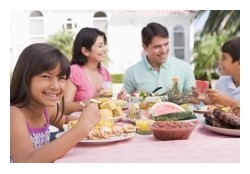