Materials Recovery Facilities (MRFs) have long since recognized the benefit in using automated sorting equipment to more accurately and more efficiently sort their plastic packaging waste streams. Until recently, this type of technology was used primarily for bottles, both PET and HDPE, and in some cases, tubs and lids. A recent pilot study, however, has researched the potential of using this technology for additional plastic packaging, most notably non-bottle rigid plastic containers, such as clam shells, cookie liners, cake domes and egg trays.

Plastics represent 10 per cent of the total household packaging in Canada. Of that amount, between 10 and 12 per cent is made up of non-bottle rigid plastic containers. Traditionally, the problem with this particular waste stream has been that there was inadequate sorting technology available to separate the different resin types. Most of these containers are either PET or polystyrene (PS). Historically, recyclers have been hesitant to accept these types of packaging in their regular bales of PET or PS in the event that one or the other resin would contaminate the entire stream. The recent study clearly demonstrated that automated sorting equipment was up to the task – and then some.

Testing a Theory
The study, sponsored by EPIC, Stewardship Ontario, the City of Toronto and Canada Fibers Ltd., was designed to determine the potential for using automated optical sorting equipment to separate rigid non-bottle packaging. It should be noted that the municipality used for these pilot tests does not accept PET non-bottle rigid containers in its municipal curbside program. Residents tend to divert them nonetheless.
A series of three separate tests was run at Toronto’s Dufferin Street Materials Recovery Facility (MRF). The study found that the same optical sorting equipment used to divert PET bottles to recycling could also successfully divert PET rigid packaging. In addition, a hand-held optical device was used to identify plastics in the residual (waste) stream. It was evident from this work that optical sorting could be used to identify and remove other streams of plastic non-bottle rigids (such as vinyl, PLA and polypropylene), thus diverting them from landfill. It should be noted that the automated sorting technology, which uses an infrared detector, cannot identify materials that are black, such as the black bottom of a plastic container used for cakes.

Looking Ahead
As more and more MRFs upgrade to leading-edge, automated sorting technology, municipalities will be better able to identify and separate their rigid plastic waste streams beyond just bottles and maybe tubs and lids. The new technology will also provide financial incentives, in that municipalities will be able to use the recovered materials as an additional source of revenue.
In the meantime, manufacturers and brand owners need to continue to base their packaging decisions on an ever-broadening array of factors – including economics, aesthetics, resin properties and environmental impact. 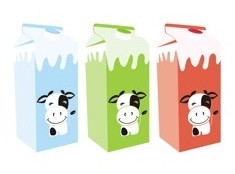 Study shows how to optimize recycling

Packaging Report: The Greener Side of Plastics 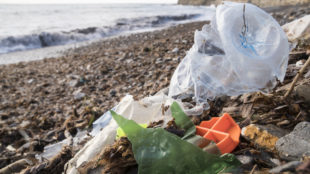