Here’s what our taste-testing panel had to say about the new beverages:

Big Time Banana: “Great looking cans. Despite the slender cans, it still held the same amount of liquid as a standard cola can beverage. I’ve never had a banana soda before so I wasn’t sure what to expect. The banana flavour had a slight chemical (popsicle) flavour to it – it certainly did not contain any real bananas – but after the initial sugar rush — it proudly states that it contains real sugar — my tongue got over the initial shock, and I easily drank a tasty banana soda. While I do have to be careful with my sugar intake, the banana drink could see itself in my fridge soon. Just not in large quantities.”

Lime Ricky: “The tall can makes it seem larger. It tastes just like a lime popsicle, so yeah, it’s good.”

Got the Blues Raspberry: “If you like blue freezies, this is the flavour for you! The raspberry flavour from PoP Shoppe tastes just like a melted down jumbo freezie with added carbonation, and with a few sips, its surprisingly electric blue colour just may turn your tongue and teeth blue. This sugar-filled drink is most likely for fans of intense sugar or for the kids.”

Radical Root Beer: “The Root Beer soda by the Pop Shoppe tastes just like a normal root beer that has been sweetened. Also its is thicker so when you drink it it makes you take less pop per sip, and that way the pop lasts longer. The can is very appealing because it is more modern and the size changes, making you think that ‘oh that looks cool.’ It is a change from the old pop can that has been around for a while.”

Big Time Banana: “The soda can looks hip and trendy. It’s retro and youthful at the same time. What’s up with the line ‘Sticks and stones may break my bones…’? It’s clearly geared to a younger audience, that’s my guess. I love the red pull-tab – it’s a different colour and stands out. This small detail adds a lot to the cool factor of this can. Mmmmm…it smells like banana popsicles…delicious. How does it taste? Just like a banana popsicle only fizzy. It is delicious! But super sweet. I like the fact the company tells you right on the package that it contains real sugar; there’s just a lot of it. If I were much younger, I’d have downed the whole thing in a matter of minutes. But the grown up in me held me back – it’s just too many empty calories to justify! It’s definitely a treat. And with its retro look and fun flavours, it would be great for parties.”

Psychadelic Strawberry: “Tastes magically delicious. Where can I buy it?”

Groovin’ Grape: “This is my favourite flavour so far. I normally like all grape soda, but the one by the Pop Shoppe is sort of like cranberry mixed with grape.”

Omazing Orange n’ Cream: “I don’t think I’m the target market for this drink, because it tastes terrible. It was too sugary to have more than a few mouthfuls. When I do drink carbonated soda it’s usually sugar-free.”

Got the Blues Raspberry: “I wondered how this would stack up against the Jolly Rancher pop of the same flavour, and was pleased to note that taste-wise it is the same, though it felt thicker and less watery, which was a plus. Overall, a very satisfying beverage.”

Crazy Cream Soda: “Cream soda has always been my favourite pop, and this one takes me right back to my childhood! It’s sweet but not too sickly tasting, and has that indefinable yumminess that I always associate with cream soda. The can is pretty cool too. This would be a treat not a daily beverage – way too much sugar to deal with!” 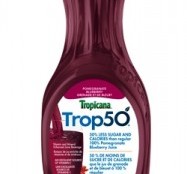 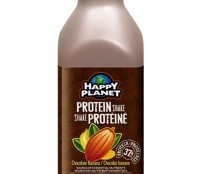